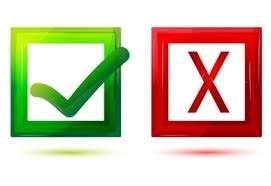 More than one million people have gone online to register to vote in the space of just over three weeks, the Electoral Commission has said.

Most of the applications were from young people, with peaks coinciding with the start of the campaign period and the televised leaders’ debate reports BBC.

A further 100,000 applications have been made on paper since 16 March, the commission says.

The deadline to register to vote in the general election is 20 April.

In a breakdown of online applications made so far, data taken from the Government’s Digital Service found

The highest number of applications (85,172) was made on 30 March – the start of the official general election campaign period and the dissolution of Parliament

There were 82,378 online applications made on 2 April, the day of ITV’s leaders’ debate. During the programme, visitors to the registration site peaked at 12,500 after viewers were given the website address

Some of these applications would have been made by people already registered to vote, the Electoral Commission said, so it was not expecting to add another one million people to the electoral register.

The commission has been working with student bodies and youth groups since last summer to try to engage with traditionally under-registered groups.

Alex Robertson, of the Electoral Commission, said registering online was easy and only took a few minutes.

“We don’t want anyone to miss out, so we’re encouraging anyone still not registered to go online before the 20 April deadline.”