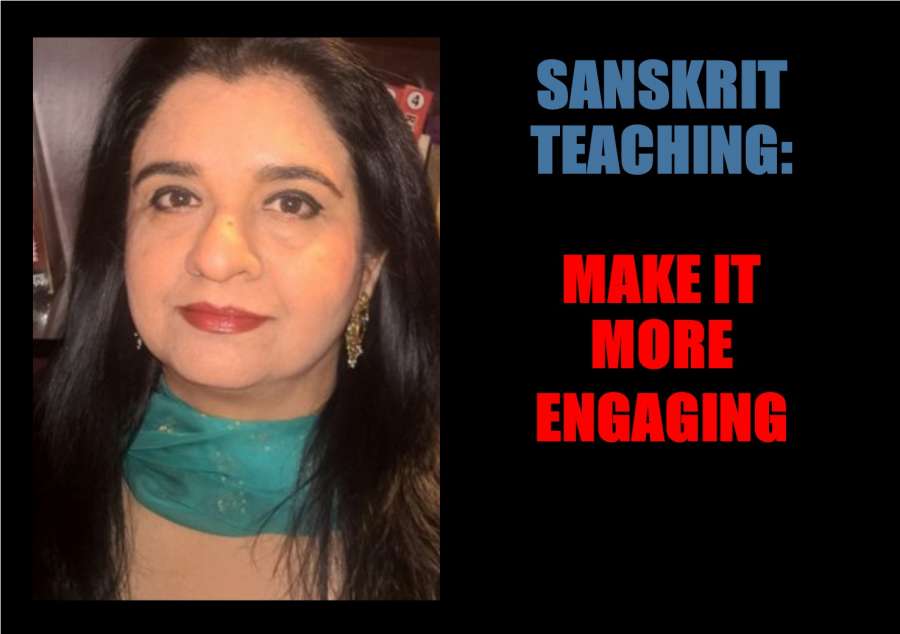 London-based Sanskrit teacher/author Rohini Bakshi says the teaching of the ancient language should be made more engaging….writes M.R. Narayan Swamy

The only way to make Sanskrit popular in India is to teach it in an interesting way, says Rohini Bakshi, London-based Sanskrit teacher and author.

Co-author of “Learn Sanskrit Through Your Favourite Prayers” (Juggernaut), Rohini Bakshi once almost failed in Sanskrit but is now actively persuading others to learn the ancient language which is often termed the mother of Indian languages.

Bakshi feels that since music, dance and poetry are so deeply ingrained among all Indians, they can be used much more to teach Sanskrit. She herself does that in City Lit, an adult education college in London.
Bakshi was asked why Sanskrit is virtually dead in India as a popular language and how it can be popularized.

She says government initiatives can help spread the appeal of Sanskrit but not by making it compulsory in schools.

“Children hate anything they are forced to do, even if it is good for them,” Bakshi said in an email interview.

“The government should focus on the way teachers teach rather than taking the choice away from children.

“In general, improvements in teacher training are required, particularly so for a language like Sanskrit,” she added.

The reader-friendly book has the Sanskrit ‘stotras’ in verse with the translation. In addition, there is an English transliteration, translation and grammatical analysis. There is also a Hindi translation of the verses.

Bakshit admits that the best way to learn Sanskrit is in a classroom with a good teacher.

“However, everybody does not have the luxury or the luck to find the right course or teacher,” she says. “For such people, a book like this one is an excellent support tool.” 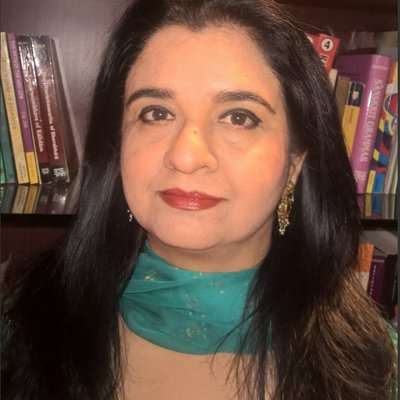 Unless Sanskrit teaching becomes engaging and interesting, she feels that most people will either avoid or drop out of the class.

“Right now, in most Indian schools, a teacher stands up and talks at the children, rather than letting them take responsibility and ownership of the process,” she says.

“Engaging them, I feel, will have a revolutionary impact on Sanskrit learning.”

But can Sanskrit learning lead to economic betterment?

Bakshi admits that currently Sanskrit related jobs in India seem to be limited to teaching, astrology and being a pundit. She hopes things would change for the better.

“In the short run, I hope soon we will have authors, TV presenters, musicians, actors, singers – and many other such opportunities for ‘Sankritists’.

“But it all depends on demand – the bigger the speech community, the more the opportunities.”

Bakshi is also the brain behind the unique way to learn Sanskrit through Twitter #SanskritAppreciationHour (#SAH). It now has a dedicated following across the world.