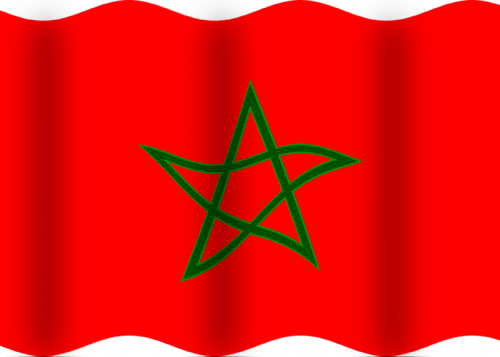 Morocco’s interior Minister has expressed to his British counterpart Rabat’s discontent over Britain’s decision to deport a Moroccan terror convict, the ministry.

The individual, deported from Britain where he had served prison for terrorism-related charges, set fire to his family’s house in Rabat, and refused to surrender to police, threatening them with a sharp-edged weapon, Moroccan news agency MAP reported citing a ministry statement.

According to the ministry, the British authorities did not mention the danger this person posed, insisting that he be kept free, which jeopardises other people’s lives.

According to Morocco World News, one day after he was deported back to Morocco from Britain, Younes Tsouli, who was described by British media as “the world’s most wanted cyber-jihadi”, set fire to his parent’s house in Rabat and refused to surrender to police, threatening he would kill himself with a sharp-edged weapon.

Tsouli, in his thirties, arrived in London in 2001 with his father, a Moroccan diplomat. He studied IT at a college in central London. He had lived in Great Britain for nearly 10 years before being sentenced to 16 years in prison for incitement to commit acts of terrorism on the internet.

He served the sentence at Belmarsh High Security Prison in London, where he was denied access to the internet. Based on documents found by British investigators on his computer, he was also sentenced for hacking credit cards, creating websites and forums supporting the Al Qaeda terrorist organisation.

The young Moroccan, aged 23 at the time, used his London flat to help Islamist extremists wage an online propaganda war against the West. He even took on the user name of Irhabi 007 (Irhabi meaning “terrorist” in Arabic). He posted videos condoning the Al Qaeda, including messages from Osama bin Laden and images of the kidnapping and murder of hostages in Iraq.

It is believed that Al Qaeda leaders in Iraq contacted Tsouli and took the decision to recruit him to help with their efforts to reach a wider audience.

He later became the administrator of a web forum used by extremists to communicate with each other and through which he shared information on how to make explosives and video material from Al Qaeda in Iraq.

Upon his return to Morocco, he set fire to his family’s house and threatened to jump from the rooftop of an apartment that housed the consul general of Britain in Rabat.

According to media reports, it took Moroccan authorities, assisted by a psychiatrist, nearly 13 hours to negotiate his surrender.