Morrisons’ Living is Giving Campaign is a yearly charitable campaign that runs every Ramadan. This year Morrisons partnered with Rubicon Juices, Surya Foods, KTC Edibles, Sara Food International, Cofresh Foods, FUDCO, AIB Foods, Pakeeza Dairies, INDUS Foods, Shazans and Badshah Basmati for the Living is Giving Campaign. The campaign ran at all Morrisons branches and allowed customers to give back just by purchasing their favourite food packs, the price per pack was donated to CLIC Sargent to join them in the fight against Cancer. 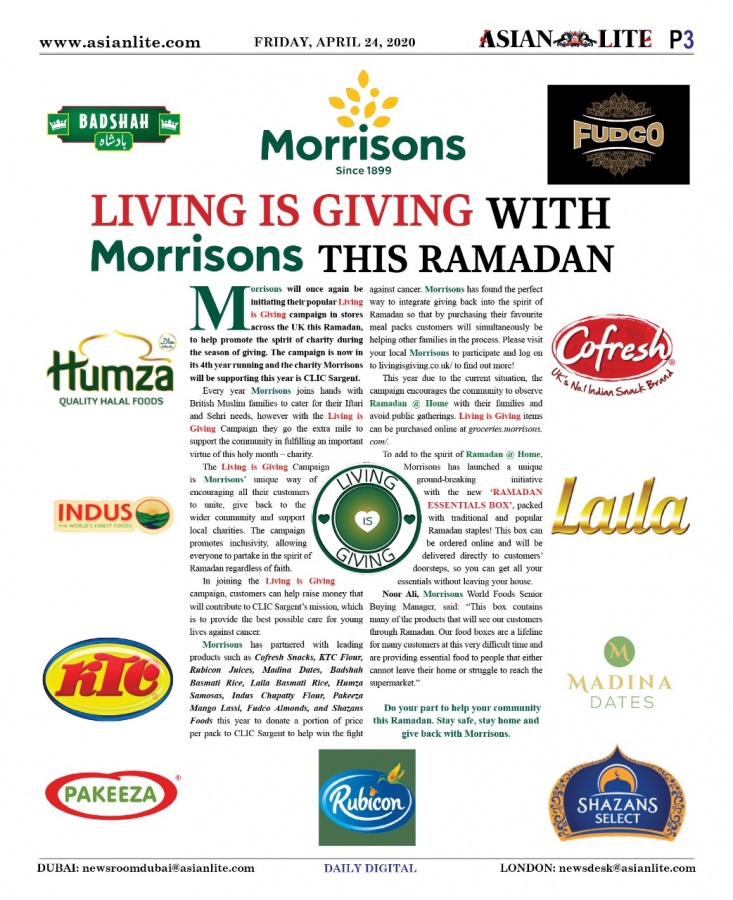 The Living is Giving Campaign did very well this year in raising funds for this good cause and was widely publicised on radio, social media and the press. This year Morrisons’ Living is Giving Campaign stood alongside Morrisons’ Ramadan at Home initiative which also included Morrisons Ramadan Food boxes, allowing customers to get everything they need for their iftar and suhoor meals delivered to their doorsteps.

Popular Asian radio channels including Lyca Radio and Sunrise Radio promoted the Living is Giving Campaign both on-air and on their social media pages. Newspapers such as Eastern Eye, Pakistan Weekly and Bangladesh Weekly also promoted the campaign, and press releases went out on Eastern Eye, Asian Today, Asian World, Daily Ausaf and Asian Lite. Television channels such as NDTV, Hum TV and Geo aired advertisements promoting the Living is Giving Campaign as did Sony, Colors Complex, B4U and Start Gold which helped generate hundreds of thousands of views. 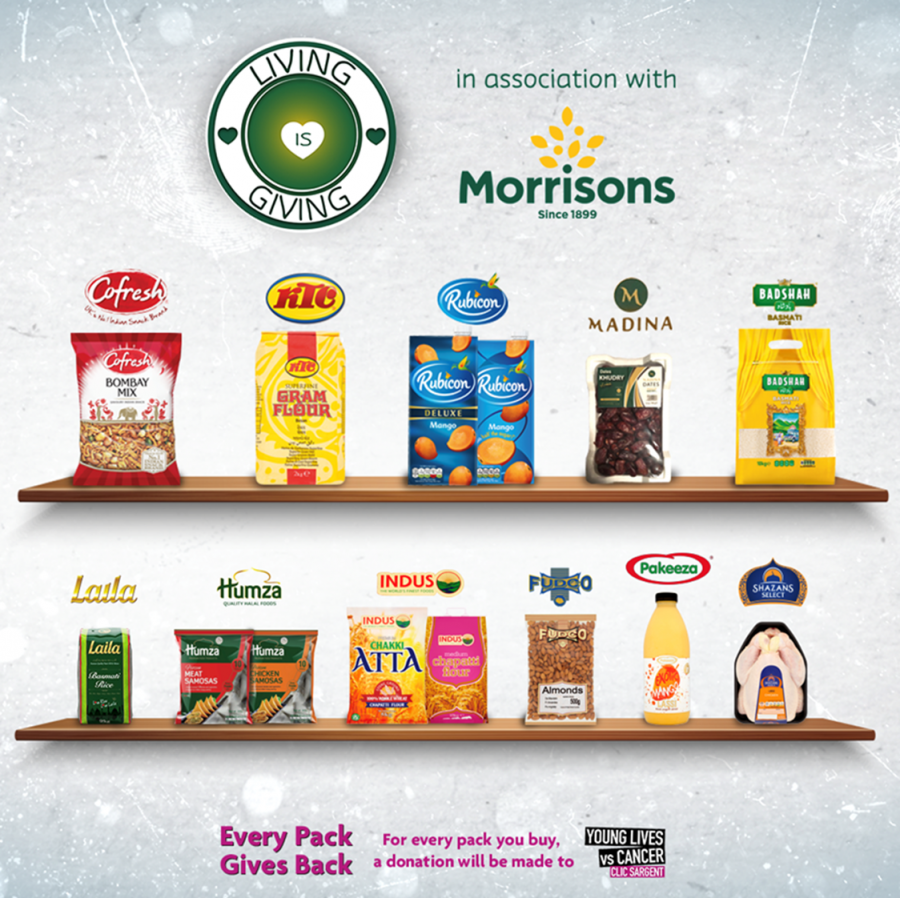 The Morrisons Ramadan Food Box, which was a vital part of Morrisons’ Ramadan at Home initiative also proved to be very popular. Zee TV ran a ‘Ghar par Ramadan’ campaign giving away Morrisons Ramadan Food boxes to some lucky winners. Additionally, the box was featured in popular YouTube influencer, Dina Tokio’s Ramadan Vlog, where she raved about the box’s convenience. This video generated a total of 92 K views.

Morrisons ended their Living is Giving Campaign with a very special Eid message, sharing a video illustrating the story of Munshi Premchand’s popular Eid tale Idgah, which perfectly highlights the importance of giving back and embodies the Living is Giving message. This video was shared on Social Media and promoted by popular Asian and Muslim influencers including @hungryhijabi @shalimaskitchen @salmasrecipes and @radikalkitchen, generating a total of 176K views.