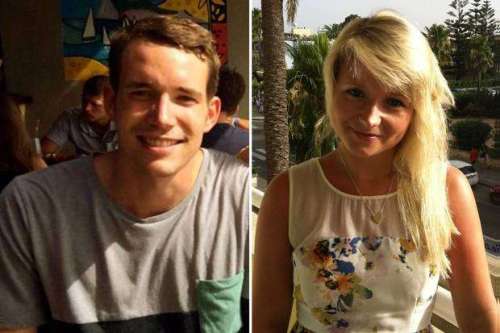 NA tests have failed to provide a match and police are still investigating to identify the killer of a British couple in Thailand, media reported Thursday.

David Miller, 24, and Hannah Witheridge, 23, were found semi-naked and beaten to death early Monday near a beachside bungalow on the island of Koh Tao, the Bangkok Post reported.

Witheridge’s skirt was hiked up to her waist and T-shirt pulled up. She was raped and had a huge injury on her face.

Miller was found naked with an injury to the back of his head.

A bloodstained hoe (handtool used for gardening) was found at the scene, police added.

Police sources said Miller’s room-mate, Christopher Alan Ware, 25, was stopped as he was about to leave Suvarnabhumi airport Tuesday. He was placed under police questioning after police found what they thought was a pair of his bloodstained trousers in his luggage.

Several witnesses confirmed Ware, who left the island for Bangkok Monday evening, was wearing the same pair of trousers the night when the two victims were murdered.

The stained garment was immediately sent for analysis by the Institute of Forensic Medicine at the Police General Hospital in Bangkok, the source said.

DNA samples were collected from nine Myanmar workers and also from Ware.

A senior police official said that Witheridge and Miller have died from severe head injuries.

The couple had arrived on the island Aug 25.

According to witnesses, Miller and Witheridge were seen partying on the beach with a group of about six people the night they were murdered.