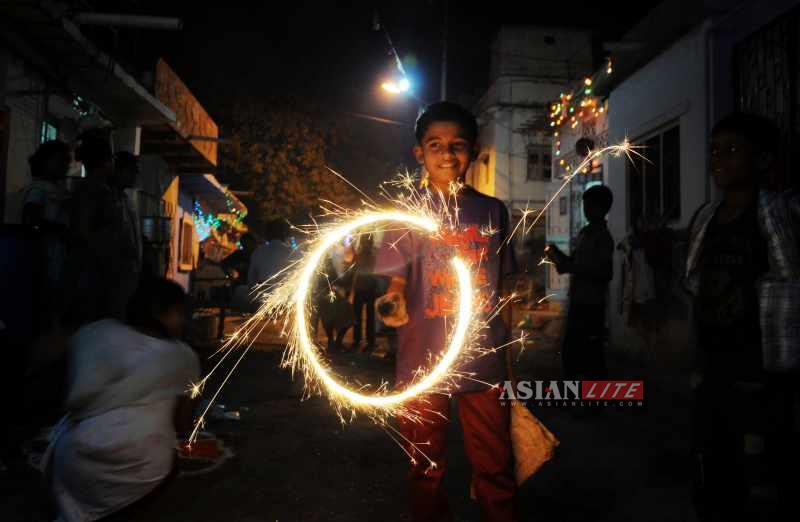 Happy Diwali to all readers of Asian Lite ….BIKRAM VOHRA

I have received 23 I-cards or E-cards on the net with diyas in them and you’ll be surprised how quickly the novelty of exulting over the same flickering electronic flame wears off. After you have ‘oohed’ and ‘aahed’ over the first two or three and said, wow, look at that, fireworks on the screen, isn’t simulation awesome, you go deep into diminishing returns.

I am not even opening them now. I am just reading up the names of the folks who send them and that is great fun.

Some would have the names of the whole family and that meant these were close friends. Others wrote just ‘The Vohras’ which meant they had forgotten either your name or your wife’s name. Another cover up for lapsed memory was “Bikram and fly.” The fly being abbreviated from family and hopefully nothing to do with the annoying little pest that fetches up over every lunch. Otherwise, when distance had created mild confusion the card would say “…and kids.” Clearly the sender had forgotten how many children you had or wasn’t quite certain of their gender. Pretty silly it would look saying ‘and the boys’ if they were actually girls. All too often one name is remembered and then the card went, ‘…and the little one.’ Which probably ticked off the little one like anything because who wants to be anonymous and you may not be that little anymore and they aren’t sure how many kids you have.

In reverse, you get to know the present status of the sender’s family. If the wife’s name is missing you know that marriage is kaput. If the wife’s name is new then uh oh, he’s gone and done it again. Extra kids means the human reproduction factory is still working and if there are fresh names along with the kids someone is becoming a grandfather soon.

The cards are no longer like little mysteries, everyone sends the same one.

In the old days you got real cards with information. Not only did they have that intimate handwritten one line steeped in profundity like: “Hi, guys, do write, think of you often” or ” Tina has got a new job,” that made you feel someone out there had specially thought of you but you spent hours arguing with the wife about the deciphering of the signature at the bottom of those cards all of us get that we can’t figure out who sent them. Looks like a P, no it’s clearly a G and that’s a N followed by two esses or an M and ends with a Y, who do we know called Pomegassny?

Good stuff, hours of enthralling investigation, often left unsolved for eternity. Not to forget the one we could decipher but couldn’t place.

Darling, who is BS Gupta and why has he sent us a card?

Now, you have the email, so you know. Flicker, flicker, have a great day.