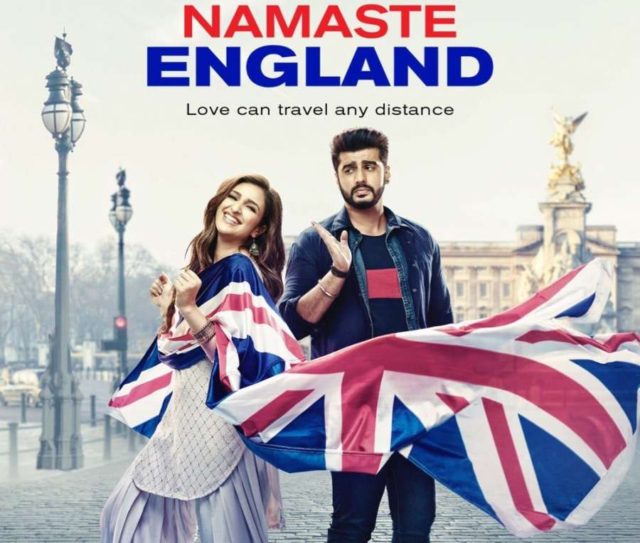 Popular actors Arjun Kapoor and Parineeti Chopra unveiled  first posters from their upcoming romantic drama Namaste England. They are seen posing on the streets of London with popular monuments of the city in the backdrop. The film will be released on October 19 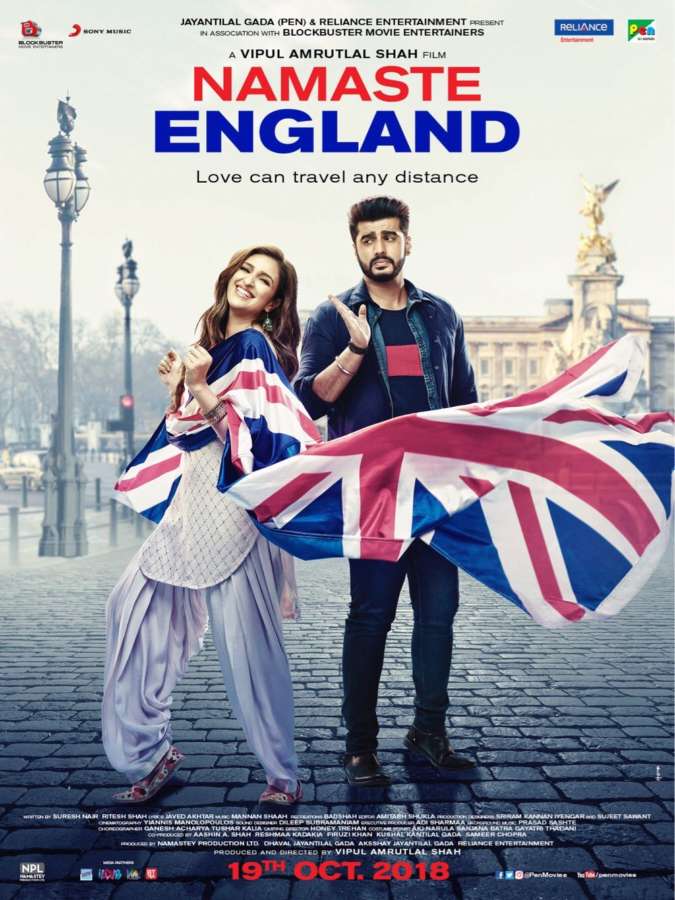 While the first poster features a Union Jack print dupatta (scarf) clad Parineeti Chopra alongside a confused Arjun Kapoor, in the other poster you can see Arjun Kapoor donning a Union Jack t-shirt.

The actors shared the posters on their respective social media accounts.

Arjun Kapoor captioned the photo, “No mountain is high enough and no distance far enough for love! Presenting the Namaste England poster,” while Parineeti Chopra wrote, “A film that I still can’t believe I am a part of! From Punjab to London, we are here to say Namaste England.”

From Ludhiana to London, Namaste England is a young and refreshing story that traces the journey of two individuals Jasmeet and Param. It chronicles their love story across the landscapes of India and Europe.

Produced and directed by Vipul Amrutlal Shah, the film is presented by Pen Movies and Reliance Entertainment in association with Blockbuster Movie Entertainers.

Namaste England, which will reunite Parineeti Chopra and Arjun Kapoor on screen after six long years and is set to hit the theatres on October 19 2018. 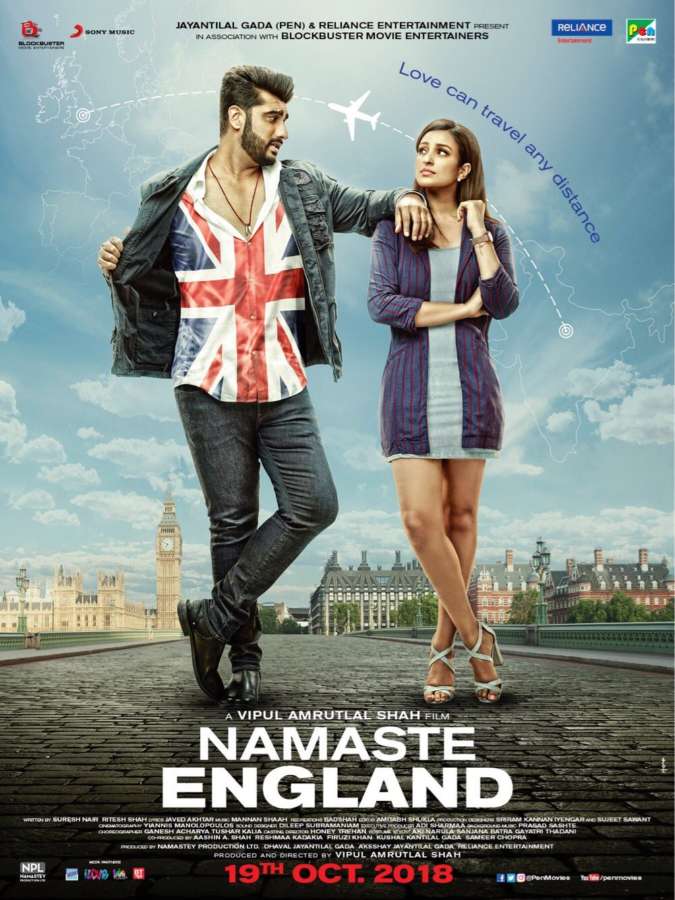