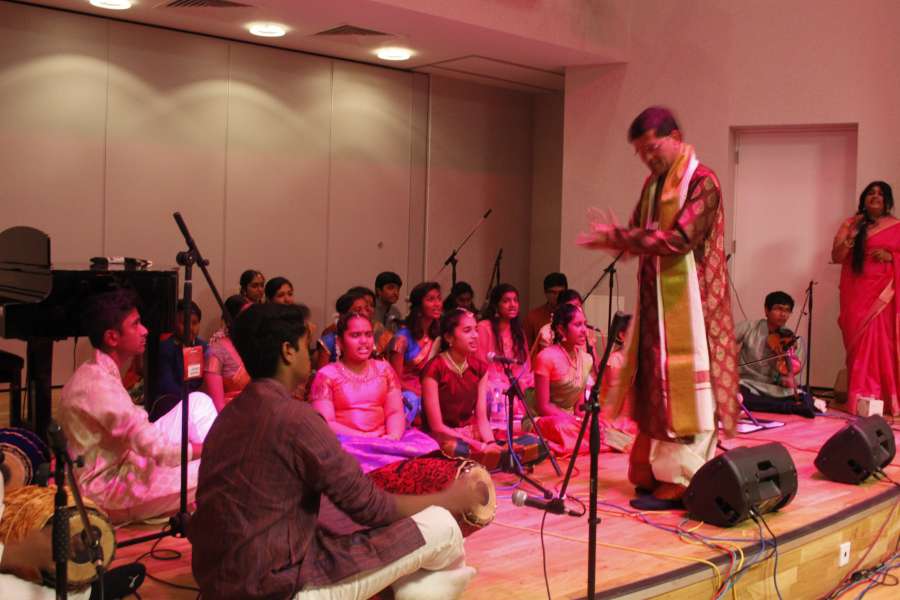 A senior Royal Navy official has renewed his pledge to encourage and attract more recruits from diverse communities.

The BCC is the brainchild of Dr Chithra Ramakrishnan, one of the country’s finest Carnatic vocalists and Artistic Director of Shruthi UK, the Solihull-based South Asian arts and culture organisation.

It aims to complement former Prime Minister David Cameron’s British Values in an attempt to encourage all citizens to respect each others’ ways of life and to celebrate good work, through the sounds, words and pictures of the BCC.

Carnatic music is a system of classical music associated with the southern part of the Indian subcontinent.

“Music is a language that sees no boundaries. I feel truly blessed to hail from a family of musicians and the fact that I’m able to continue that tradition through my passion motivates me even more.”

The other awards for ‘Best’ vocalist, performer, singer, strings, percussion and a BCC Patrons & Trustees award were presented to recipients by Commander Al Gibson and Paul Sabapathy.

Participants, of all ages, the youngest aged just 7, reflected the multicultural make-up of Great Britain and included students from Coventry and Birmingham City universities.

The BCC aims to create and explore choral singing in South Indian classical music in the UK. With a key focus on children and young adults with a passion to connect through music, the BCC aims to transcend this genre of music across the UK and beyond to diverse communities.

It aims to identify and recognise people, particularly children and youth, of all abilities and from all walks of life who share a common passion to create a British Carnatic Community, one which reflects the multicultural mosaic of Great Britain.

‘OTT services have a very different set of audience’