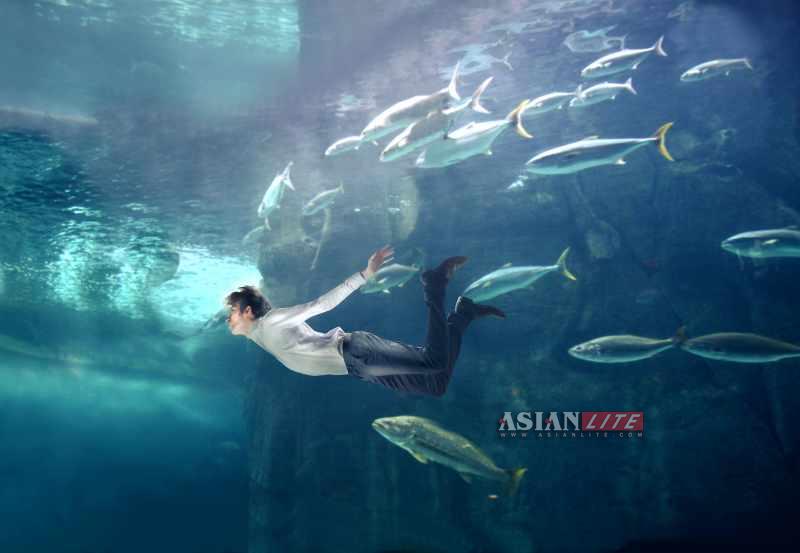 Five hundred million people living within 50 km of the coast and communities, particularly small-scale farmers in the Indian sub-continent and Southeast Asian nations, are heavily reliant on fish for their livelihood. Globally, the estimate of the services provided by coral reefs, including fish supply as per NOAA, is $30 billion. These numbers do not take into account the value of deep-sea corals which are themselves home for many commercially valuable species and thus of additional fisheries’ value. These valuable corals in the safe-vault of oceans are now open for robbery….writes Rajendra Shende

he title of 1960’s film “Ocean’s 11” starring Frank Sinatra and its remake in 2001 as “Ocean’s Eleven” starring George Clooney, has already entered modern dictionaries. A project that is highly convoluted and byzantine, requiring arduous planning and management – as done by 11 guys robbing a high security casino vault in the film – is now called ‘Ocean’s Eleven’.

The task of understanding the complex role of oceans, which occupy 70 percent of the Earth’s surface, has now become a real ‘ocean’s eleven’. Oceans are where life on earth began. They are termed the earth’s heart that pumps fresh water into the atmosphere and then back on the earth, carries nutrients for the marine life on which depend billions of people for their food. Oceans not only gave birth to life on the earth three-and-a-half billion years ago but continued to feed it to date.

Come the emissions of human-induced green house gasses (GHGs) and this smooth storyline becomes complex and the plot turns into a cryptic puzzle. There is massive transformation taking place of the oceanic life which scientists have just started understanding. It is not only in terms of sea-level rise due to global warming that is predicted to cause migration of millions of climate-refugees away from their homes in coastal regions. Scientists are now predicting the unprecedented migration of thousands of marine species to higher latitudes away from warmer and more acidic sea water in which the marine species cannot thrive. Many are predicted to die during migration and the possibility of extinction of certain species is predicted to accelerate.

New reports from NASA and the National Oceanic and Atmospheric Administration (NOAA) unfold such scenarios based on the physical and chemical processes taking place on the surface waters and deep in the seas. The findings go beyond the latest reports of the fifth global assessment of the Intergovernmental Panel on Climate Change (IPCC) released in 2014. These shocking scenarios backed by observations and related science were the central topics of the discussions among scientists and policymakers in the Conference held in Paris July 7-10 on “Our Common Future under Climate Change”.

The IPCC assessment reports released between September 2013 and November 2014 have stated with a high level of confidence that rapidly accelerating human-induced atmospheric concentration of carbon dioxide and other GHGs will produce physical, chemical and biological changes that pose serious risks to humans everywhere.

Till now, a rise in sea level of about 0.5 to 1.0 metre by 2100 has been the predominant topic of the global discussion in the context of climate change and oceans. The depths of the oceans and their currents are however revealing shocking stories hitherto unknown to mankind. The marine chain is a complex flow of currents that bring nutrients to fish and other marine species. Such flow of nutrients to more brighter and upper layers of oceans, where half of the world’s marine life flourishes, is slowing down.

Coupled with reduced oxygen content due to higher concentration of carbon dioxide in sea-water and rising acidity, the devious plot of mass extinction of marine species has set in. The present and predicted impact of those observations are severe and irreversible – particularly to poor societies in developing countries that depend on fisheries and marine products. Climate negotiators cannot just ignore these new findings as they affect the survival of common people whose votes are important for the negotiators’ survival.

Scientists are now fearing that our understanding of how ocean currents are structured and how they transform due to warming (physical change) and react due to increased acidity (chemical change) is in its infancy and should now be the top priority for climate research.

The ‘marine robbery’ line gets further entangled by the acute impact on coral reefs. Increased acidification of the oceans reduces the calcification of the marine organisms like coral on which 25 percent of the entire marine life and nearly 4,000 species of fish survive. The fish that live on coral reefs are a major source for over a billion people worldwide, of whom 85 percent rely principally on fish as their major source of protein.

Five hundred million people living within 50 km of the coast and communities, particularly small-scale farmers in the Indian sub-continent and Southeast Asian nations, are heavily reliant on fish for their livelihood. Globally, the estimate of the services provided by coral reefs, including fish supply as per NOAA, is $30 billion. These numbers do not take into account the value of deep-sea corals which are themselves home for many commercially valuable species and thus of additional fisheries’ value. These valuable corals in the safe-vault of oceans are now open for robbery.

The observed slowdown of nutrient flow, warming and acidification of sea-water, mainly in the tropical region, is speeding up the destruction of coral reefs. As per the latest report by the authors of IPCC chapters, it is almost certain that coral reefs would disappear by 2050, just about 35 years from now, putting the livelihood of hundreds and millions of people at risk.

Depleting fish stocks are already forcing fishermen to go far from their coasts to international waters and increasingly become prisoners of neighboring countries as they enter their waters. The Somali pirates emerged mainly due to ships of rich countries harvesting fish from their waters. “When our cries for help went unheeded, pirates took the rules in their hands,” said a climate negotiator from Somalia at a recent meeting. ‘Fishing conflicts’ among countries like Somalia, Sri Lanka, Pakistan, India, China and Japan have their origin in emissions of carbon dioxide and climate change.

Calls for more research may sound hollow, as by the time the research is over, the ocean’s treasure will probably be stolen. We need a smarter plan, like in “Ocean’s Eleven”.