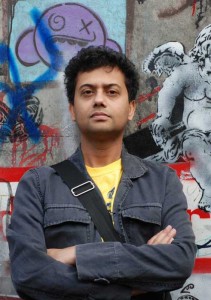 A novel written by a British Indian author has made it to the first long list of the coveted Man Booker Prize for fiction for this year.

London-based Neel Mukherjee was among 2014 longlist or Man Bookers ‘Dozen’ for his novel “The Lives of Others” which was published in May this year, a Man Booker statement Wednesday said.

As many as 154 books were entered for this year’s prize by British publishers, of which 44 titles were by authors who are now eligible under the new rule changes.

Mukherjee’s first novel, “Past Continuous” came in 2009 and was chosen as a joint winner of the Vodafone-Crossword Award, a noted literary award for writing in English, for best novel of 2008 (along with Amitav Ghosh’s Sea of Poppies).

The shortlist of six books will be announced September 9, while the winner would be decided October 14 in London.

The Chair of the judges, AC Grayling, said: “The judges were impressed by the high quality of writing and the range of issues tackled – from 1066 to the future, from a PoW camp in Thailand, to a dentist’s chair in Manhattan; from the funny to the deeply serious, sometimes in the same book.”

The literary award, established in 1969, has for the first time been opened up to the writers of any nationality, writing originally in English and published in Britain.

The 50,000 pounds literary prize is awarded each year for the best original novel, written in the English language.

Previously, the prize was open to authors from Britain & Commonwealth, Ireland and Zimbabwe.

The previous noted winners of the award include many of the literary trailblazers of the twentieth and twenty-first centuries like Salman Rushdie, Hilary Mantel, Iris Murdoch and Peter Carey.