Participants in the Westminster Abbey service include Freya Lewis, a survivor of the Manchester terror attack who suffered 29 separate injuries, and Dr Martin Griffiths, a leading NHS trauma surgeon who led a team treating victims of the London Bridge terrorist attack.

Other special guests include Olive Belfield who was in the first group of NHS recruits in 1948 and Lobke Marsden, who paints radiotherapy masks for children undergoing cancer treatment.Singer Linda Nolan, who is being treated for breast cancer, will host a choral concert at York Minster and will be joined by 15-year-old Eve Senior, a survivor of the Manchester terror attack, who wants to become a nurse, and Amen Dhesi who became a carer at 13 for his dad who has bipolar disorder.

Performances will be given by the NHS Greenwich and Lewisham choir who will singing their latest single, With a Little Help from My Friends; and Britain’s Got Talent finalists, the B Positive Choir.

The services will be attended by around 3,000 NHS staff from across the country and representatives of charities, councils, and other key partners who work with the NHS.

“This is a landmark year for the National Health Service and we want to say a massive thank you to the dedication and skill of the many millions of people who have worked for the NHS, past and present.”  Simon Stevens, NHS England chief executive, said

Wider celebrations on July 5th to mark the NHS’s big birthday will include thousands of 7Tea parties to raise money for NHS charities, whilst dozens of landmark buildings will light up blue including York Minster, the Blackpool Tower, the Gateshead Millennium Bridge, the London Eye and Queen Elizabeth Olympic Park. The BT Tower will also run a special birthday message from on its iconic infoband.

Aileen Coomber, aged 81, is a Mental Health Nurse at Sussex Partnership NHS Foundation Trust, but has dedicated her life to the NHS with 65 years’ service to date. She will carry in the manifest at the Westminster service. “I remember life before the NHS with my mum not always being able to afford to take us to see the doctor when we were children. It was such a different time and I am so grateful for the change the NHS has brought to so many people.

“I feel so blessed to have had the opportunity to join the NHS as a nursing scholar at the age of 15, 3 days after the introduction of the NHS. For me, our health service is the pride of the nation, the greatest gift in the Western World. To still be able to do this at 81 years old is brilliant.” Aileen said

“I am only here today because of the incredible care that I received at the Royal Manchester Children’s Hospital. They represent our wonderful NHS at its very very best. Freya Lewis, said

“What happened last May showed the very darkest side of humanity but so many things that I have experienced since have shown me and my family how amazing people can be. Many of these people have been the staff at Royal Manchester Children’s Hospital, who spend their working lives helping, and in many cases saving the lives, of others.” 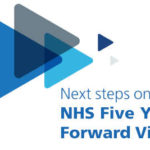 “The NHS has been there for me and my family at some of the most difficult times, offering care and compassion. I’m thrilled to be able to pay tribute to the NHS and its extraordinary staff on its 70th birthday through this wonderful celebration at York Minster.” Linda Nolan, who is currently undergoing NHS treatment for breast cancer in Blackpool, said.

“It’s fantastic to be here celebrating the amazing work of everyone who works for the NHS. They have helped my recovery so much and I feel so grateful for all the services they offer. I’ve been really inspired by their work and hope to one day train to be a nurse myself so I can help others.” Eve Senior said

“I am honoured to be attending the event at York Minster today representing colleagues from NHS England, West Midlands team.  For the past 10 years I have worked within the NHS as a commissioner of health care services and prior to that I spent 10 years in the civil service. I am privileged to work alongside professional, dedicated and passionate colleagues every day.  The NHS has a crucial role in the fabric of our society, touching the lives of millions of patients and carers and has done so for the past 70 years. I feel privileged to be able to make a contribution to the NHS in the work that I do in the West Midlands. I am sure all my colleagues join me in wishing the NHS well for the next 70 years serving society.” Richard Yeabsley, Head of Commissioning NHS England (West Midlands) said.

Celebrations will be held on Thursday 5 July 2018. Attendance at the services will be by invitation. Westminster Abbey will run from 12noon-1pm and  York Minster 7pm-8.30pm.