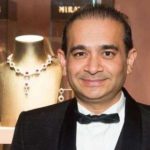 “Interpol has accepted our request to issue RCN against Nirav Modi, his brother Nishal Modi and an executive of his company Subhash Parab,” a Central Bureau of Investigation official told IANS.

The official also said that the Interpol has put the charges of money laundering against the fugitive diamond jeweller, as levelled by Enforcement Directorate (ED).

According to agency officials, with the RCN issued against the three, now they can be arrested by any of the 192 member countries of the Interpol, after which extradition or deportation proceedings can begin.

The financial probe agency and the CBI had written to the Interpol to issue the RCN against the jeweller in June.

The CBI sent the request to the Interpol after it filed the first charge sheet naming Nirav Modi, Nishal and Parab beside 18 others in a special court in Mumbai on May 14.

The CBI filed three FIRs between January and March to probe the PNB fraud. Most of the accused are common to these cases. The fraud was committed during 2011-17 by illegally issuing Letters of Undertaking (LoUs) and Foreign Letters of Credit (FLCs).

In its first charge sheet, the CBI alleged that Nirav Modi, through his companies, siphoned off funds to the tune of Rs 6,498.20 crore using fraudulent LoUs issued from PNB’s Brady House branch in Mumbai. Meanwhile, his uncle Mehul Choksi of the Gitanjali Group allegedly swindled Rs 7,080.86 crore.

Nirav Modi left the country along with his family in the first week of January, weeks before the scam was reported to the CBI.

His wife Ami, a US citizen, left on January 6 and Choksi on January 4.