The “Better Together” campaign against Scotland’s independence has a six-point lead over the “Yes” campaign rooting for the country’s separation from Britain, according to the latest opinion poll. 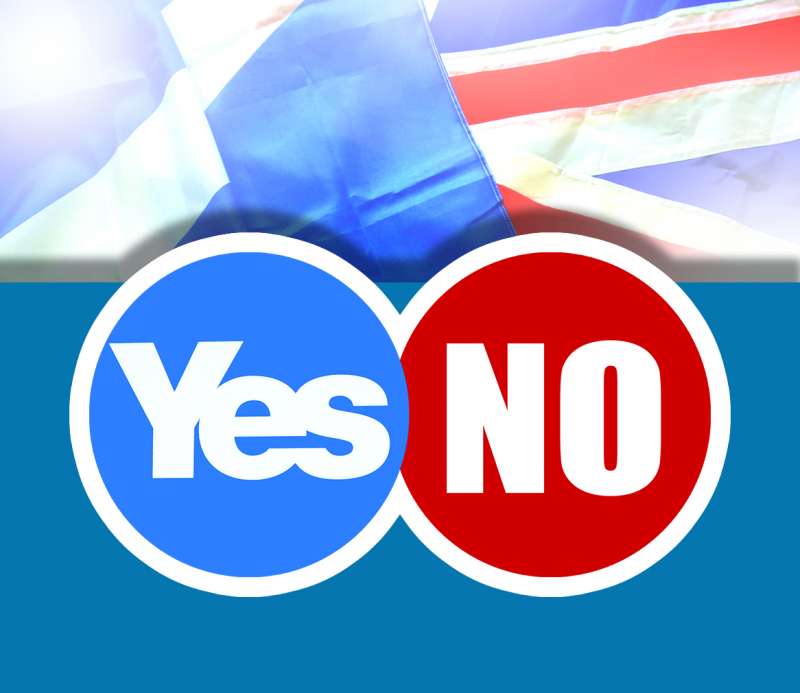 If undecided voters were excluded, the “No” side would win with 53 percent of the votes against 47 percent for “Yes”, according to a survey conducted exclusively by the market research company Survation for the Scottish newspaper Daily Record.
In the survey conducted between Friday evening and Tuesday morning, 47.6 percent of the 1,000 queried said they intended to vote “No” in the Sep 18 referendum, 42.4 percent preferred “Yes” and 10 percent said they were undecided, Xinhua reported.
The result came three days after the YouGov poll survey for Sunday Times for the first time put the “Yes” voters ahead of the Better Together campaign’s “No” voters by 51 percent to 49 percent.
The referendum result remains on a knife-edge just seven days ahead of the voting in the scheduled referendum.

On Wednesday, British Petroleum Group chief executive Bob Dudley and Scottish oil tycoon Ian Wood came forward to oppose Scotland’s independence.
British Prime Minister David Cameron also made a highly personal plea to the people of Scotland, urging them not to rip apart Britain, and warned them that a vote in favour of Scottish independence would be a leap in the dark.

In October 2012, British Prime Minister David Cameron and Scottish First Minister Alex Salmond signed the Edinburgh Agreement, allowing Scotland to hold an independence referendum in autumn 2014 on “Should Scotland be an independent country?”