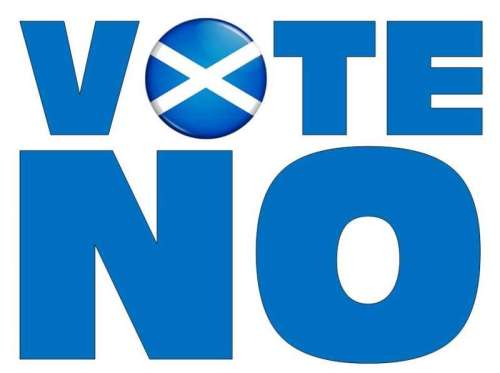 Three new opinion polls published Wednesday have shown a slight lead for the “no” vote on Scottish independence.

Meanwhile, politicians from both sides made last minute appeals before Thursday’s referendum seeking to convince those who have not yet made up their minds.

The polls by Opinium for the British newspaper Daily Telegraph, ICM for the Scottish newspaper The Scotsman, and Sarvation for Daily Mail showed that the anti-independence votes were slightly ahead of the “yes” votes for splitting from Britain.

The independence debate has intensified, especially after opinion survey results released in early July gave the lead to the “yes” vote.

Scottish First Minister Alex Salmond urged voters to let go of the political arguments and head to the polling stations to support the independence referendum.

In a statement released by the British media, Salmond said the discussions were almost coming to an end and that it was time to make a decision.

“The talking is nearly done. The campaigns will have had their say. What’s left is just us, the people who live and work here, the only people with a vote, the people who matter, the people who for a few precious hours during polling day hold sovereignty, power, authority in their hands,” he said.

“It’s the greatest, most empowering moment any of us will ever have. Scotland’s future, our country in our hands,” Salmond continued.

Labour Party politicians such as former prime minister Gordon Brown and ex-economy minister Alistair Darling Wednesday made a last-ditch effort to ask Scots to vote “no”.

Voters over 16 years of age who live in Scotland will have to answer “yes” or “no” to the question whether they want the region to be independent.