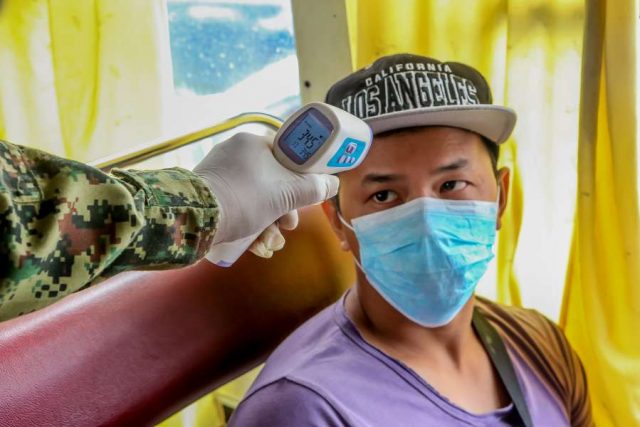 On the strength of new data from the surging caseload, the US Coronavirus Task Force cautioned the world that “nobody is immune to the virus” and the contagion level from the pandemic was high for every age group …. Reports NIKHILA NATARAJAN from New York

On the strength of new data from the surging caseload, the White House Coronavirus Task Force cautioned the public that “nobody is immune to the virus” and the contagion level from the pandemic was high for every age group.

“We continue to see signs that individuals under 20 years may have severe disease, but majority have recovered to date,” Deborah Birx, co-ordinator of the Task Force, said.

“Another concerning trend that the mortality among males seems to be twice that of every age group of females,” she said.

The US warnings came on a day when California, New York and Illinois announced drastic new rules sharply limiting outdoor movement in the wake of the rising death toll from the coronavirus. More than 200 have died in the US. New York has the biggest cluster of cases – more than 7,800 at last count.

British Prime Minister Boris Johnson ordered all cafes, pubs and restaurants to close from Friday night, except for take-away food, to tackle coronavirus.

All the UK’s nightclubs, theatres, cinemas, gyms and leisure centres have also been told to close “as soon as they reasonably can”, he said at a press conference here, the BBC reported.

Johnson said the measures would be enforced “strictly”.

He urged people not to go out on Friday night, stressing: “For now, at least physically, we need to keep people apart.”

“The more effectively we follow the advice we are given, the faster this country will stage both a medical and an economic recovery in full,” he added.

Chancellor Rishi Sunak, who was also present at the press conference, said the government will pay 80 per cent of wages for employees who are not working, up to 2,500 pounds a month.

The announcement about closures follows similar measures taken in other countries – including in Ireland, where pubs and bars were asked to close from last Sunday.

With warnings of companies collapsing, wiping out thousands of jobs, as life in the UK is largely put on hold, Sunak said that “unprecedented” measures were part of plans to protect people’s jobs.

Birx urged Americans not to interpret mild or moderate disease as lack of contagion. “You just happen to have a better immune system and the ability to fight the virus in a way that maybe older people or people with existing medical conditions can’t,” she said.

At the same briefing, Anthony Fauci, Director of the National Institute For Allergy and Infectious Diseases, rebutted President Donald Trump’s claim that anti-malarial drug hydroxychloroquine could be a “gamechanger”.

With Trump towering over him, Fauci said there is only “anecdotal” evidence to support the claim and that only testing would deliver the right answers.

Fauci underlined America’s two pillar strategy to battle the outbreak: The country’s ability to flatten the curve by taking tough decisions on how society operates and stopping infections from coming into the country from the outside.

Border closures to non-essential travelers from Canada and Mexico go into effect midnight on Saturday. Influx into the US from China and Europe have already been stemmed.

Fauci applauded the “tough decisions” individual states are taking to stop the spread.

On the same day, California ordered all of its 40 million residents to stay in their houses as much as possible.

The Trump administration on Friday announced that all standardised school tests, which are typically scheduled during the final burst of the school year, will be cancelled.

The tax filing date has been extended from April 15 to July 15.