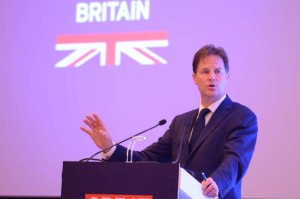 It has been a “cruel and punishing night” for the Liberal Democrats, party leader Nick Clegg has said.

Mr Clegg held his, but said he would discuss his position as party leader with colleagues reports BBC.

Speaking at the result of his Sheffield Hallam count, Mr Clegg said: “It is now painfully clear this has been a cruel and punishing night for the Liberal Democrats.

“The election has profound implications for the country and for the Liberal Democrats.