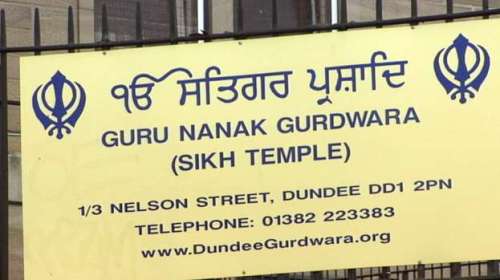 A British Indian woman has sued a gurdwara in Britain after she was severely hurt in a kitchen explosion three years ago, a media report said Wednesday.

Kuljit Bahia, 54, was hurt after a pressure cooker exploded while she was volunteering in the langar service at the Sri Guru Nanak Gurdwara in Dundee city of Scotland in 2011, The Evening Telegraph reported.

In a legal action lodged with the Court of Session, Bahia is suing “the Sikh community of Dundee” and three people — Manjit Singh Athwal, Satwant Bhachu and Gurdev Singh — who are listed at the address of Sri Guru Nanak Gurdwara.

However, Bahia, a resident of Broughty Ferry suburb, declined to comment over the legal details.

Meanwhile, Gurdev Singh contended that he was not present on the scene and that he only arrived after the police.

Manjit Athwal, who confirmed he was part of the Sri Guru Nanak Gurdwara committee, declined to comment on the case.

Police said the incident left Bahia with “life-changing” injuries and confirmed that there were no suspicious circumstances.

The woman lost the lower part of her right leg in the blast, which prompted a fire brigade call-out and police investigation.

Another 37-year-old woman, who was also helping in the kitchen, suffered injuries to her legs in the blast.

The two women, who were volunteers at the gurdwara, were taken by paramedics to Ninewells Hospital in Dundee.