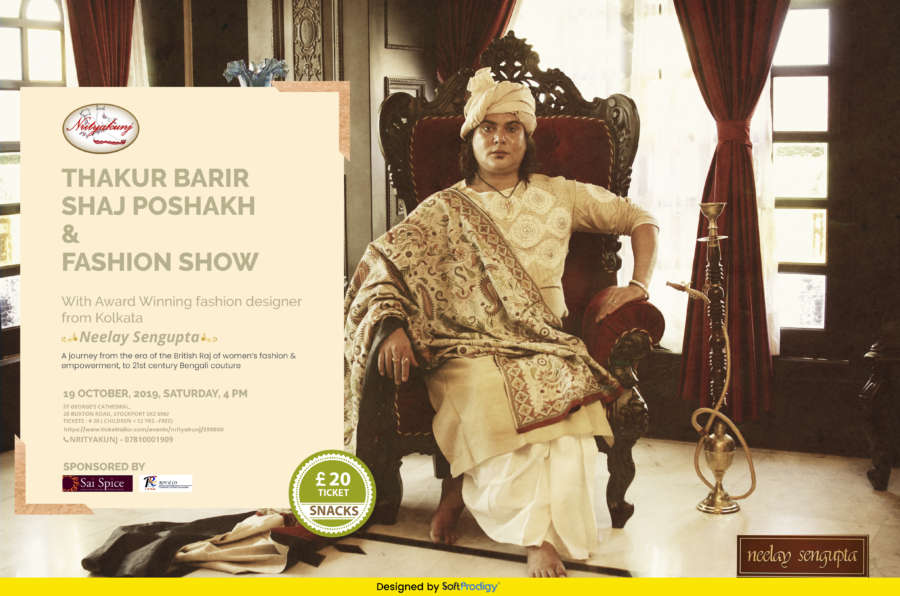 A  musical fashion show of unparalleled innovation and style followed by the razzmatazz of contemporary fashion. The show,  choreographed by award-winning designer from Kolkata Neelay Sengupta & managed by Mitali Dev (Artistic Director of Nrityakunj), will open a new page of Asian fashion. This will involve groups of men and women models from Greater Manchester and the North West who will walk the ramp adorning Neelay’s exquisite collections.

The show is on 19th October at 4 pm, at St George’s Church, 28, Buxton Road, Stockport SK2 6NU, will showcase the fashion through the ages

The show is on 19th October at 4 pm, at St George’s Church, 28, Buxton Road, Stockport SK2 6NU, will showcase the fashion through the ages. The thread of ethnic design and fashion through the ages. It will present a sartorial innovation in the attires and period costumes and jewellery of men & women in the early 19th and later 20th century Bengal that had been initiated by the aristocratic Tagore family and transcended to the modern 21st century couture in the ambience of the aisles of the mesmerising Gothic St George’s Church, Stockport. 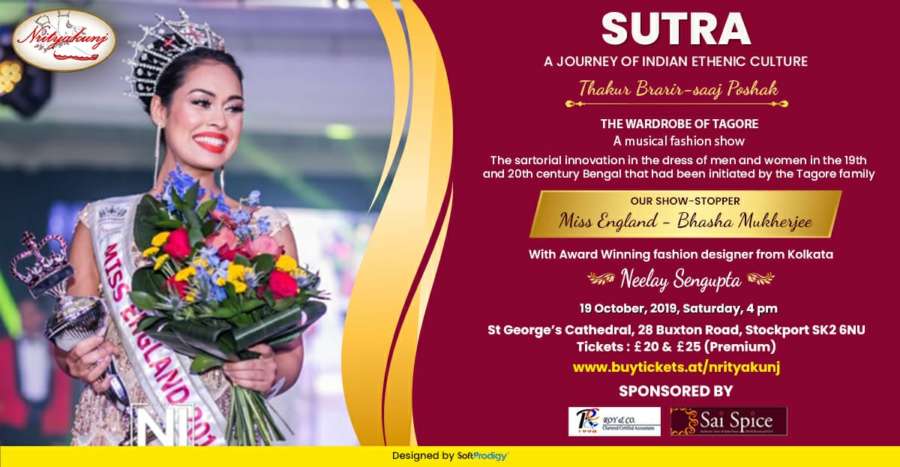 It is to depict women’s empowerment showcased through the female characters of the novels of Nobel laureate Tagore and their influence and personality on the then patriarchal society.

An eclectic mix of the traditional and the contemporary designs of the East & West. The runway will feature a repertoire of exclusive designs and limited pieces by Neelay which will be available to purchase in the evening.