US President Barack Obama  warned that a scuttling of the Iran nuclear deal would fray international unity, but would not say if it may lead him to use military force to prevent Tehran from getting a nuclear weapon….reports Asian Lite News 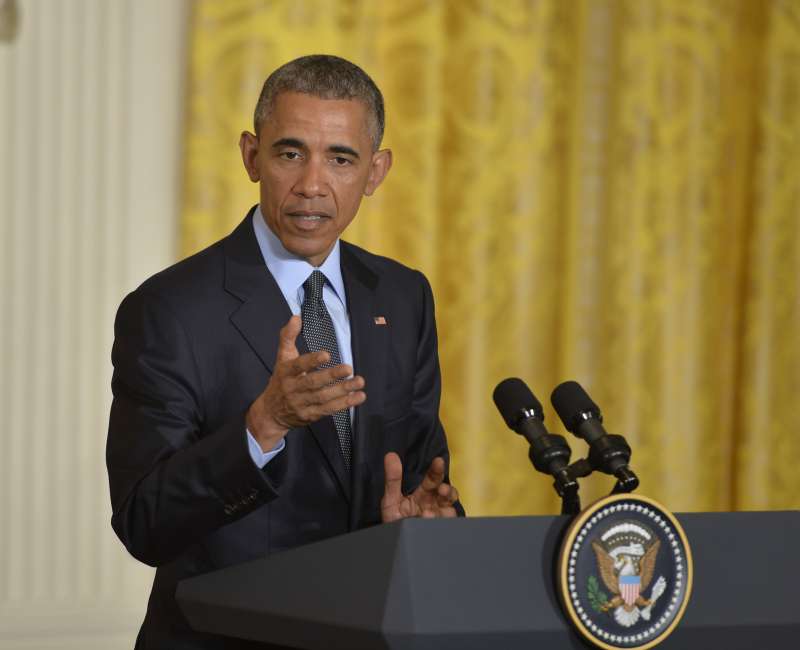 “If Congress were to reject this deal,” Obama said, than the central goal of preventing Iran from getting a nuclear weapon “would be harder to achieve”, he said.

“And the international unity that we’ve brought about over the last several years would fray, not just with respect to sanctions, but with respect to the world’s attitude about US leadership and how they gauge who’s at fault in this dispute between the United States and Iran.”

The White House last week acknowledged that “substantial sacrifice” made by countries like India in reducing Iran oil imports in support of US sanctions had brought Iran to the negotiating table and if the deal is scuttled, they would no longer feel obliged to back the sanctions.

“What Congress needs to understand is, is that we are the most powerful country on Earth,” he said. “But our power does not simply come from the fact that we’ve got the biggest military.”

“Our power derives from the fact that since World War II, we have put together international institutions that have served our interests but have also served the interests of the world.

“And if we stop doing that, then our power will be diminished, no matter how big our military budget is. And it will become a much more dangerous world. That’s why I don’t intend to lose on this,” he said.

Obama also dismissed the importance of a tweet from Iran’s Supreme Leader, Ayatollah Ali Khamenei, showing an apparent silhouette of Obama with a gun to his own head.

Obama said he was “not interested in a Twitter back and forth with the supreme leader. What I’m interested in is the deal itself and can we enforce it”.

Apart from the Republicans who control both houses of the US Congress, several members of Obama’s own Democratic Party are opposed to the deal.

The president’s efforts to rally round Democrats suffered to a setback last week when influential Democratic Senator Chuck Schumer announced his decision to oppose the deal.

The Congress is set to vote on the deal when it returns to Washington in September after its summer break and Obama needs the backing of Democrats to sustain his veto to a vote of disapproval.