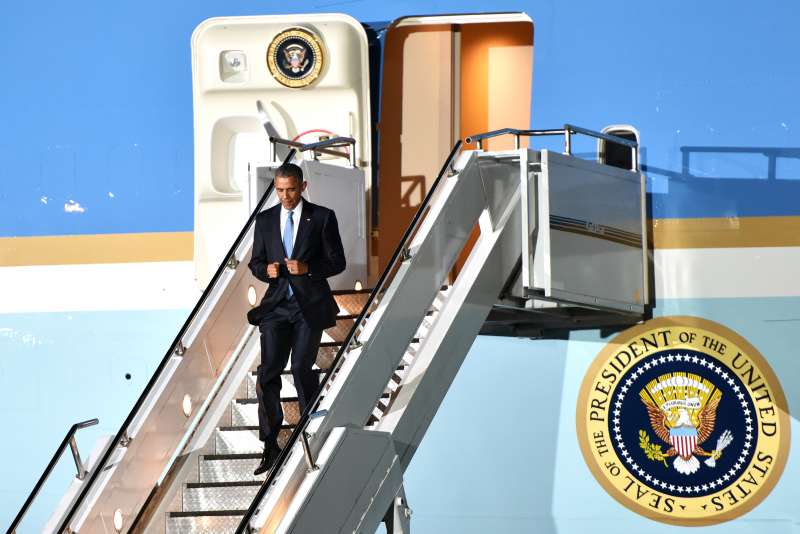 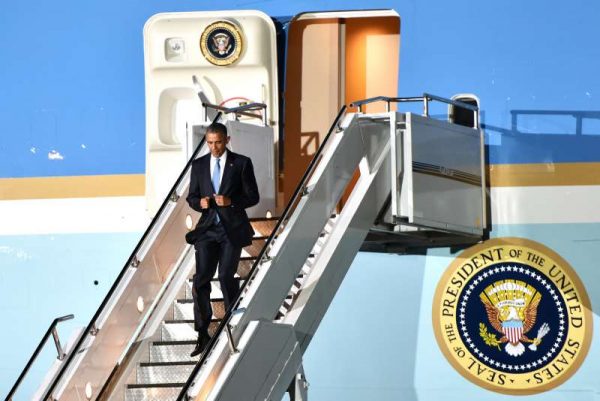 US president Barack Obama on Friday arrived in Britain for a three-day visit. During his stay the president is expected to give his views on Britain’s forthcoming EU referendum, and advise voters to remain in the union, BBC reported.

He and First Lady Michelle Obama are due to have lunch with the Queen at Windsor on Friday, and dinner with the Duke and Duchess of Cambridge.

Obama will also speak at a news conference with Prime Minister David Cameron.

His Britain stay is part of a tour which also includes a visit to Germany and Saudi Arabia – from where he has just left after having discussions with King Salman on issues including Iran, Syria, Yemen and the fight against so-called Islamic State militants.

Obama arrived at Stansted Airport and was greeted by the the Lord Lieutenant of Essex, John Petre, and the US Ambassador to Britain, Matthew Barzun.

The Obamas previously met the Queen, Prince Philip and the Duke and Duchess of Cambridge during their state visit in 2011.

The President in an exclusive article for The Telegraph said UK’s ability to fight terrorism would be “more effective” if it sticks together with its European allies.
Obama said being inside the EU magnifies Britain’s influence across the world.

“Today, we face tests to this order – terrorism and aggression; migration and economic headwinds – challenges that can only be met if the United States and the United Kingdom can rely on one another, on our special relationship, and on the partnerships that lead to progress,” the president said.

“During my visit to London, Prime Minister Cameron and I will take on the full array of these challenges. We must be resolute and adaptive in our efforts to prevent terrorist attacks against our people, and to continue the progress we are making to roll back the threat posed by Islamic State (Isil) until it is destroyed.

“We must work to resolve political conflicts in the Middle East – from Yemen to Syria to Libya – so that there is a prospect for increased stability. We must continue to invest in Nato – so that we can meet our overseas commitments from Afghanistan to the Aegean, and reassure allies who are rightly concerned about Russian aggression. And we must continue to promote global growth, so that our young people can achieve greater opportunity and prosperity.”