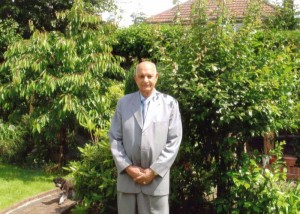 Like many Indians, Haridutt Seth too left India for greener pastures in 1957.
With dreams to become financial strong so that he can support his extended family in India, he moved to the UK and joined a part-time studying course with Salford Technical College. To support himself in a new country, he even worked as a market trader, selling clothes.
Seth, who has spent over half of his life assisting Greater Manchester’s Indian community, has been recently honoured by the Queen.
The octogenarian from Northenden, Manchester, has been appointed the British Empire Medal for his services to the Indian community through the Indian Senior Citizens’ Centre (ISCC).
He founded the charity organisation, to help young people get involved in their communities.
Seth said, “My passion in serving the community and aiding the unprivileged members of the society at large can be noted by my support for ‘The Loomba Trust’.
“I am seriously committed to sponsoring children of poor widows in India, and provide financial support for their education and welfare.”
Married for over 50 years to Giovanna, an Italian lady, the couple started a clothing store on Alexander Road, Moss side. Soon after, they got the opportunity to open a bigger store which they nameed as Hari&Karl Store in the same area.
Later, the duo also ventured into import and wholesale businesses where they popularised Asian fashion outfits throughout the UK.
“With time, our business expanded. We even started supplying uniforms to various schools in Manchester,” said the former businessman, who took retirement from his successful retail business when he was 40-years-old.
Despite his busy life, Seth still made time to serve the community.
He said, “Recognising there were no facilities for the growing Indian communities, I helped set up a number of organisations such as; Hindu Religious Society, Indian Religious and Charitable Trust and Indian Association.”
His illustrious service to the community is a proof in itself how voluntary service and, taking the responsibilities affectively and efficiently can uplift the community and society as a whole.
Seth, whose voluntary contribution in ISCC has been enormous, said: “I thrive on serving charities.”
Talking about Indian Senior Citizens’ Centre, the father-of-two told BBC that there are several elderly people in the Asian community who feel isolated as there’s a “huge generation gap between the old and the young”.
Seth, who’s also involved in Water Aid and NSPCC charities programme firmly believes in the saying, ‘to serve mankind is to serve God’.