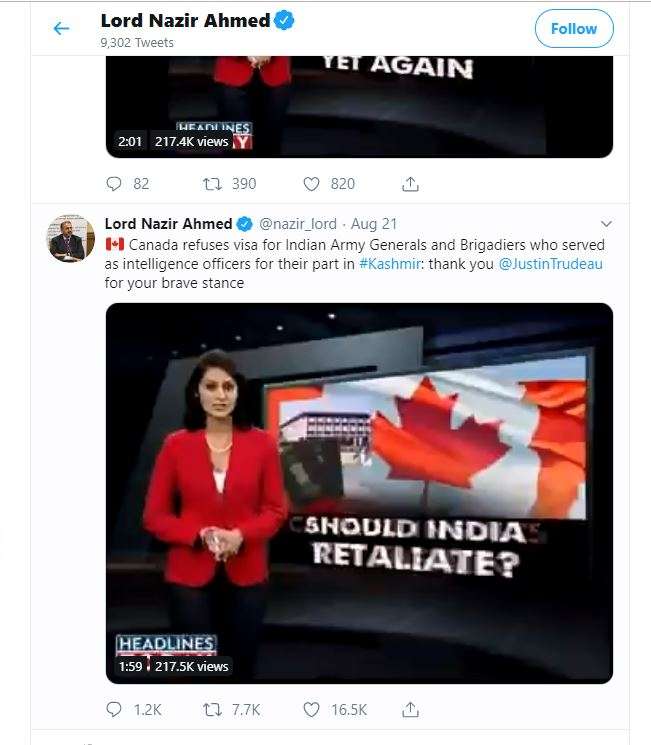 Lord Nazir Ahmed was trolled in social media for circulating an old news by now defunct Headlines Today TV channel. The Lord tweeted – Canada refuses visa for Indian Army Generals and Brigadiers who served as intelligence officers for their part in #Kashmir: thank you @JustinTrudeau for your brave stance. He shared a video to support his claim.

The Tweet become viral because of the current political situation in Kashmir. The India government has changed the status of Jammu and Kashmir by abrogating Article 370 of Indian constitution.

🇨🇦 Canada refuses visa for Indian Army Generals and Brigadiers who served as intelligence officers for their part in #Kashmir: thank you @JustinTrudeau for your brave stance pic.twitter.com/KaCwdsz7jy

Asian Lite enquiries find out the video was telecast in 2010 when Canada refused visas to Indian army officers. The anchor narrates the video as: “Indo-Canadian ties have hit an all time row, Canada has hurled the ultimate insult on India’s men in uniform, no less than two retired Lt gen,three brigades and two senior officials of the Intelligence Bureau have been denied visa on the grounds that the organizations were engaged in violence…”

Retired Lt-Gen Amrik Bahia and RS Gill, former DIG of CRPF were mentioned in the video. Canada denied visas to these decorated Indian officers on the basis of reports from some international human rights organisations. The issue was resolved after a high level intervention. 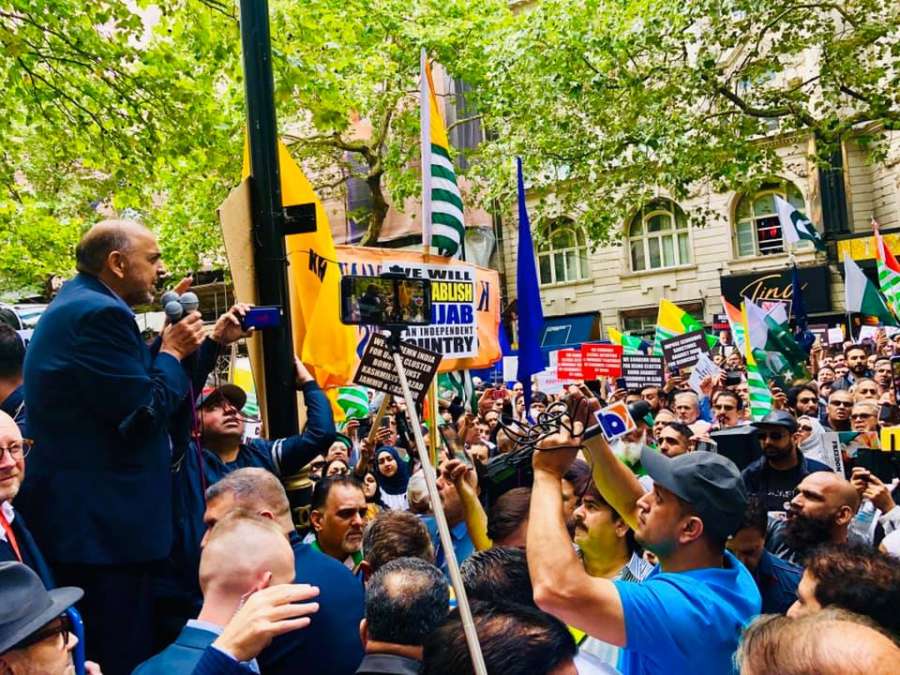 This news video was aired in May 2010 and Lord Nazir Ahmed grabbed the video in 2019. He shared the two minute news video report by the now defunct channel Headlines Today as fresh news. He tagged the Tweet with Prime Minister Justin Trudeau.

The post has been retweeted more than 7,000 times. The Lord later reposted the same video and said, “Rogue Indian Army is exposed.” This tweet was picked up by web portal Pakistan Today and soon some Facebook users too shared the same claim.

The social media easily identified the video as an old one because Headlines Today has recently re-christened as India Today TV. In 2010, the prime minister of Canada was Stephen Harper and Justin Trudeau took over the office only in 2015.

Lord Nazir Ahmed, who was suspended from Labour party for anti-semitic remarks, is spear-heading a campaign against India.The Lord, who was accused of sexually exploiting Kashmiri women by BBC, was the main speaker during the anti-protest in London during Independence Day celebrations.  There are many videos on YouTube showing him challenging India’s democratic credentials and urging people to protest against India.

Lord Nazir Ahmed, who is on bail in a sexual attack case,  is facing the trial on Dec. 2 at Shefffield court and he is denying the charges.