The centre-right Policy Exchange, a leading think tank, revealed that online jihadi propaganda attracts more audience in Britain than in any other European country and the main internet companies are failing to curb it….reports Asian Lite News 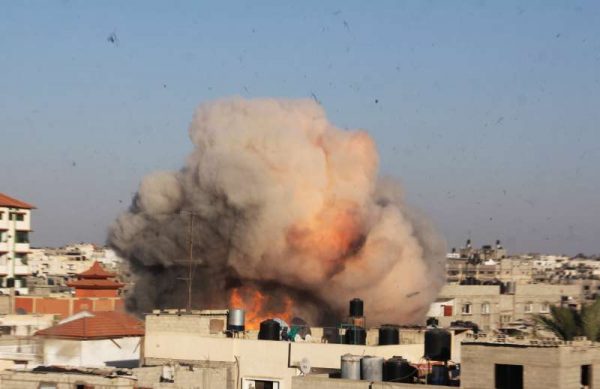 The centre-right Policy Exchange said that the Islamic State (IS) terror group was still producing about 100 items of new content each week, including execution videos and bomb-making instructions, despite big military defeats in Iraq and Syria, reports the Guardian.

In a report ‘The NewNetwar’, Policy Exchange analysts said the jihadi online “ecosystem”, has tentacles across hundreds of different domains.

It is resilient and reaches an audience of tens of thousands, including large numbers of users in the UK.

The report was published ahead of a meeting between Prime Minister Theresa May and French President Emmanuel Macron to discuss possible new measures to tackle online extremism, including fines for web companies that fail to take down extremist content.

The report also said that contrary to previous claims IS online output was not falling but has remained consistent over the past three years.

The jihadis are increasingly relying on “swarmcast” technology — an interconnected network that constantly reconfigures itself and is highly resilient to disruption, the Guardian reported.

According to the report, the number of clicks on a shortlink such as goo.gl or bit.ly, which gives a rough view of which country a link was clicked from, shows that between mid-February and early May 2017, Turkey had the most clicks overall, with 10,810.