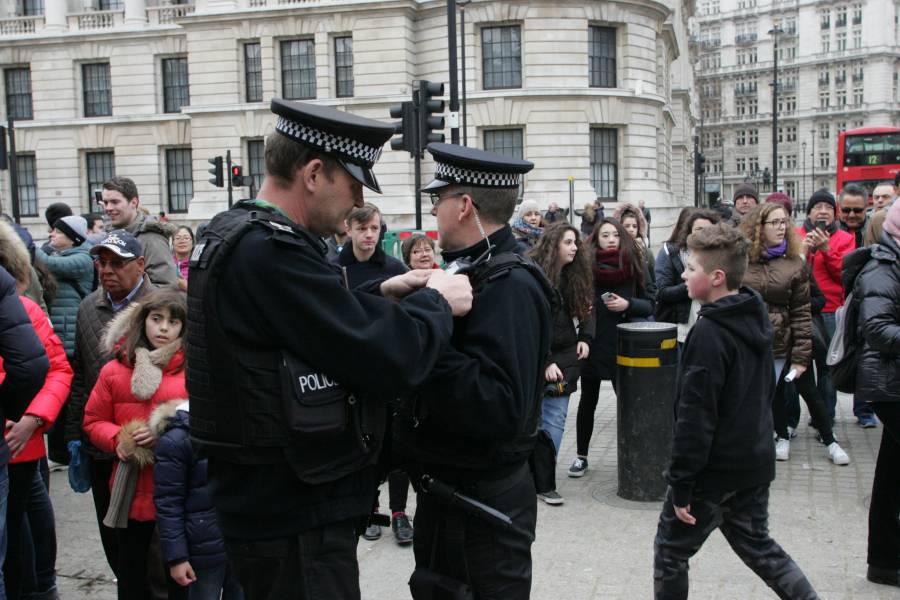 The Metropolitan Police is on alert ahead of anti-India protest in London….reports Asian Lite News

The Metropolitan Police is on alert ahead of a “major” anti-Indian government protest in the UK after an appeal by Pakistan Prime Minister Imran Khan’s Special Adviser on Overseas Zulfi Bukhari to the Pakistani diaspora to observe August 15 as “Black Day”, the media reported.

Tensions have heightened between India and Pakistan after New Delhi revoked the special status for Jammu and Kashmir last week.

As part of the appeal, overseas Pakistanis were requested to hold protests outside Indian embassies in their respective countries to show solidarity with the people of “Indian occupied Kashmir”, Geo News reported.

A spokesman of Scotland Yard said they were aware of the planned protest on August 15 and had policing arrangements in place.

Geo News, citing intelligence reports, suggested that “the number of protesters will be in thousands – making it the biggest ever protest against India in Britain” – but the police refused to discuss the number of police on duty. 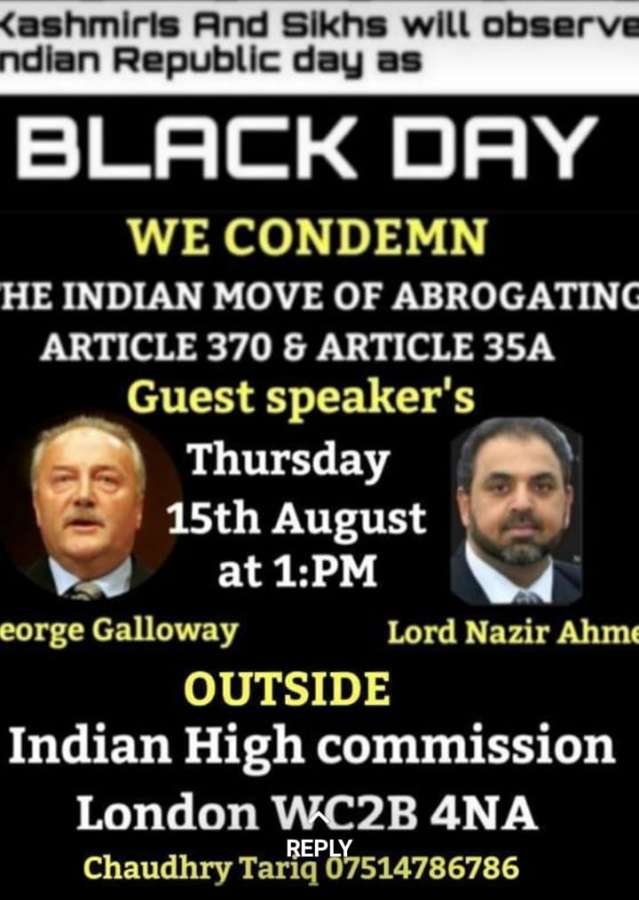 The protest will be joined by diaspora communities from all political parties, uniting them rarely for the issue of Kashmir, said the report. Two pro-Khalistan Sikh groups and some Indian fringe organisations will also be in attendance at the protest.

A promotional poster says former MP George Galloway and Lord Nazir Ahmed are guest speakers. The presence of Galloway, a loyal supporter of Labour leader Jeremy Corbyn who was recently fired from talkRadio over antisemitism; and Lord Nazir Ahmed, who is on bail in a sexual attack case, have sparked a row. The Lord denies all the charges and the trial will begin on December 2 at Sheffield  Crown Court.

In a statement, Imran Khan’s adviser, who will be himself attending the protest, said “it was moral obligation of all to speak up for the Kashmiri brothers and sisters, who were living in difficult circumstances”.

Dozens of Kashmiri and Pakistani groups have announced to attend the protest outside the Indian High Commission. Kashmir groups from Birmingham, Luton, Bradford, Manchester and Nottingham will also participate in the protest.