The initiative, which the duo insisted will not target individuals but was a broader arrangement between the two governments to collaborate for the elimination of a variety of crimes, was launched during Javid’s visit to Islamabad, Dawn online reported.

“The aim of this declaration is to bring back the looted wealth of the country,” said Shahzad Akbar, the Special Assistant to the Pakistan’s Prime Minister on Accountability, adding that “the agreement on exchange of convicted personnel will also be renewed”.

The British Home Secretary said that the eradicating the scourge of corruption was the top priority of both nations.

“When it comes to corrupt individuals, we have deepened our cooperation. The UK is not reluctant in helping Pakistan, there is good cooperation between the two countries,” Javid said while addressing a joint press conference with Naseem.

“We have not discussed individual cases,” the Pakistan Minister said, refusing to comment on the extradition of former Finance Minister Ishaq Dar, absconding in a corruption investigation, and former Prime Minister Nawaz Sharif’s sons Hassan and Hussain Nawaz — declared absconders in a corruption reference that sent their father to jail.

Javid said that London also wanted to work together with Islamabad in the anti-terror fight and that British firms were exploring investment options in Pakistan.

“We will assist Pakistan in the education and defence projects in whatever capacity we can,” said the Home Secretary during his maiden visit to Pakistan.

Earlier in the day, Foreign Minister Shah Mehmood Qureshi while meeting Javid at the Foreign Office, stressed on the need for expansion in cooperation between Pakistan and the UK.

The two countries closely cooperate under the institutional framework of the Enhanced Strategic Dialogue. 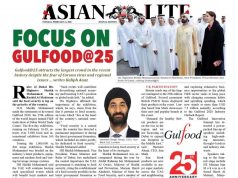