Prof. Rajan Madhok walked 300 miles along 23 cities over 22 days as a member of the People’s March to Save NHS. He is sharing his experiences with Asian Lite readers. 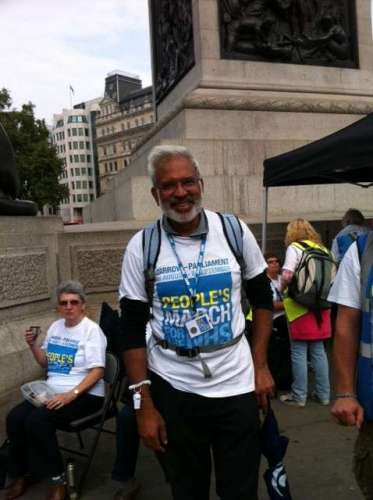 I, along with a group of people of all ages and all parts of the country, walked from Jarrow to London in support of the People’s March for the NHS organised by ‘Darlomums’ (a group of mothers based out of Darlington), and although physically tired I am mentally re-energised and very glad that I did it.  And as in the famous Proclaimers song:

We did it because the NHS has reached that crisis point where if we do not act now there will be no NHS for us and the future generations. Without active public and political intervention we are in danger of squandering a wonderful legacy and losing the best healthcare system in the world. So, it really is the 999 call for the NHS, and as would be expected thousands have responded to stop this happening.

After a great send off from Jarrow on 16 August we were joined by people for every leg of the march as we walked the 300 miles and took in 23 cities over 22 days and finished off with a massive rally in Trafalgar Square, London.  Every day there was a big send off and a final rally at the destination during which we heard stories of the ‘mayhem’ being caused in the NHS and how local people were organising themselves to fight cutbacks, stop ruthless privatisation as part of the neoliberal ideology and marketisation, and to save their local services. They gave thanks to the NHS for their and their loved ones lives and they were absolutely united in preserving the NHS for the future generations. You can read about my journey at www.leadershipforhealth.com where I wrote a daily blog.

It was a life enhancing experience in all sorts of ways: seeing parts of England I have never visited; the rich heritage, the architecture and the countryside; observing the rise and fall of the communities as they have gone from industrial age to the present times; and marveling at the commitment of the local community leaders and ordinary folk to support the vulnerable and the needy and truly being their brother’s and sister’s keepers -anyone tell you that there is no society needs to get out a bit more. The generosity of people and hospitality on the way was wonderful – I joked that it was the cheapest and the best holiday I ever had!  And most importantly the march provided the opportunity to learn about the peoples’ love for the NHS.

I am already in awe of the NHS; I came from India as a young doctor in 1980 and felt totally at home with it. The NHS was the sort of health system I wanted to work in, and have since then stuck with it despite serious personal challenges culminating in being made redundant at the peak of my career. Although disappointed and partly angry with those who caused these personal setbacks I have never lost faith in the NHS as a system – it is the best way of providing good quality and affordable healthcare to the population. And what I discovered on the march was that I am not alone in my faith in the NHS, it is truly in the genes of the British society, hardly anyone is untouched by it, and they are all prepared to fight to preserve it. They are angry with the politicians who have caused this situation and with the bureaucrats and opportunists who are creating private wealth from public goods and by inflicting misery.

But the fight is not over yet, much more work is needed to reverse the current direction of travel and rebuild the NHS of which we can once again be proud. There is a growing groundswell of support for the cause and also increasing political commitment for the NHS. The next few months leading up to the 2015 elections will be crucial and I very much hope that people will overcome their ignorance, apathy and cynicism and join in – make sure you know what is happening right under your noses by stealth and spin. Once the NHS is gone there will be no comeback. There will be no winners, apart from a very few really wealthy people, and we will all be the losers.

(Prof. Rajan Madhok is a former director of public health and medical director, NHS, Chairman of the British Association of Physicians of Indian Origin (BAPIO)- rajan.madhok@btinternet.com) 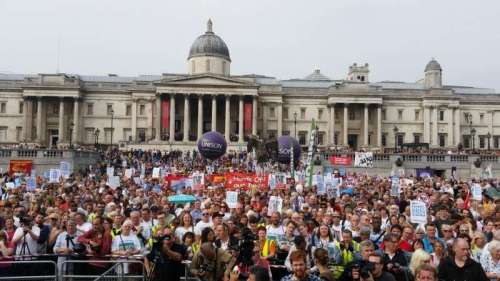