In a statement released on Wednesday he said he would end his public work “for the foreseeable future “over his links to the convicted sex offender.

Andrew said his former association with Epstein had become a “major disruption” to the royal family.

“Therefore, I have asked Her Majesty if I may step back from public duties for the foreseeable future, and she has given her permission,” he added.

“I continue to unequivocally regret my ill-judged association with Jeffrey Epstien.”

Epstein was found dead in a prison cell in the United States while awaiting trial for sex trafficking of minors.

He was found to have died of suicide by hanging.

Andrew’s statement said his death “has left many unanswered questions, particularly for his victims, and I deeply sympathise with everyone who has been affected and wants some form of closure”. 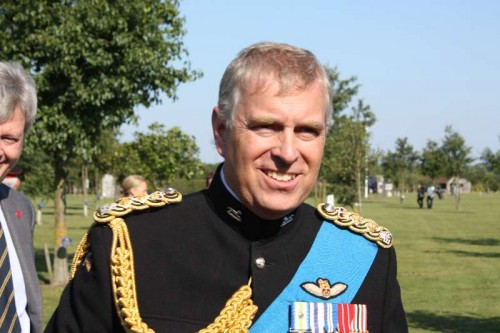 “I can only hope that, in time, they will be able to rebuild their lives,” he added.

“Of course, I am willing to help any appropriate law enforcement agency with their investigations, if required.”

Andrew has been under increasing criticism for his relationship with the well-connected financier, with a number of sponsors severing ties with the royal after an interview he gave with the BBC on Saturday.

The 59-year-old has been accused of having sex with a 17-year-old girl, Virginia Roberts, in 2001 after going to a London nightclub.

He has denied all the allegations and in the BBC interview said he was at a pizza restaurant on the day in question.

Roberts said she had sex with Andrew three times, in London in March 2001, weeks later at Epstein’s New York mansion and a third time on his private island.

Epstein, who was known for friendships with high-profile figures such as US Presidents Donald Trump and Bill Clinton, and Israeli former Prime Minister Ehud Barak, faced up to 45 years in prison if convicted.