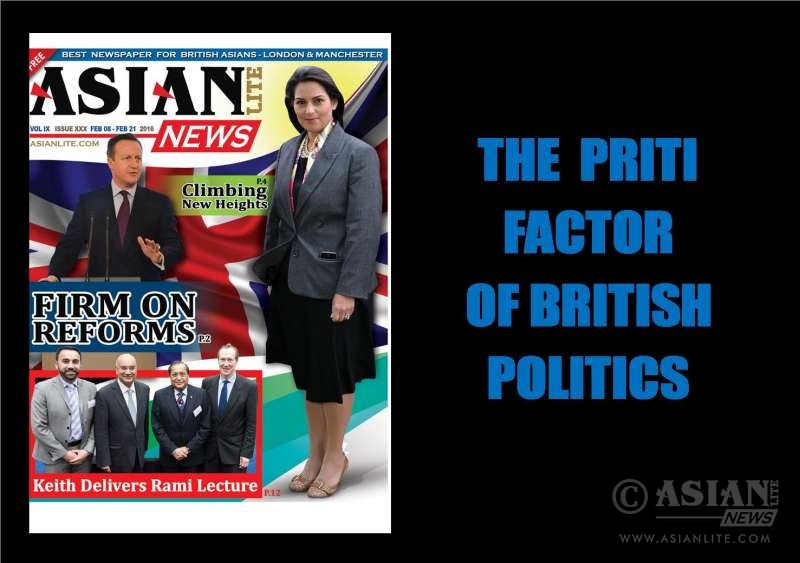 International Development Secretary of UK, Priti Patel, held undisclosed meetings in Israel without telling the Foreign Office while accompanied by an influential pro-Israeli Conservative lobbyist, BBC reported. Patel met Yair Lapid, the leader of one of Israel’s main political parties, and made visits to several organisations where official departmental business was reportedly discussed, the BBC reported.

She was accompanied by Lord Polak, honorary president of Conservative Friends of Israel (CFI), an influential lobbying organisation, during the August visit.
A Whitehall source told the Guardian Patel was in Israel on a private holiday, which she paid for, and while she was there she took the opportunity to meet ministers.

According to the BBC report, at least one of the meetings was held at the suggestion of the Israeli Ambassador to London.

British diplomats in Israel were not informed about Patel’s plans. The meetings took place over two days in August while Patel was on a holiday in Israel.

Some ministers and MPs accused Patel of trying to win favour with wealthy pro-Israeli Conservative donors who could fund a potential future leadership campaign.

Others accused her of conducting her own “freelance foreign policy” on Israel. Patel is a long-standing supporter of Israel and a former vice-chairman of CFI.

Ministers also said there was a potential risk that the meetings could have broken the ministerial code of conduct, the Guardian reported.

One Minister said: “This is outrageous. She is a Cabinet minister. She just cannot do this. This is about donors and influence.”

Another former minister said: “What does it say to the rest of the Middle East if a senior Cabinet minister in charge of Britain’s huge aid budget disappears for 48 hours from a family holiday in Israel and is under the wing of a pro-Israeli lobbyist?”

The revelations risk embarrassing the government while Israeli Prime Minister Benjamin Netanyahu is in London to mark the centenary of the Balfour Declaration when Britain first gave its support for a national home for the Jewish people.

A Downing Street source denied Patel had done anything wrong. And a source at the Department for International Development said it was a private holiday paid for by the Secretary of State herself.

Foreign Office sources in London and diplomatic sources in the region confirmed that Patel had not given them any warning of her visit, the BBC said.

However, Lord Polak told the BBC that he just happened to be on holiday at the same time as Patel. “We met up for one or two things,” he said. “…I just joined her for a couple of days, some drinks, some dinner, that kind of thing.”

That included the meeting with Lapid: “He is just an old friend of mine… We just had coffee with him. It wasn’t anything formal,” Lord Polak said.

The ‘King of Football’ will be missed: Igor Stimac