Sir Edward Garnier discussed the government’s counter-extremism strategy follow the killing of Asad Shah in Glasgow in March 2016. He was killed for his religious beliefs making Shah the first Ahmadi Muslim to be killed in the United Kingdom for his beliefs. 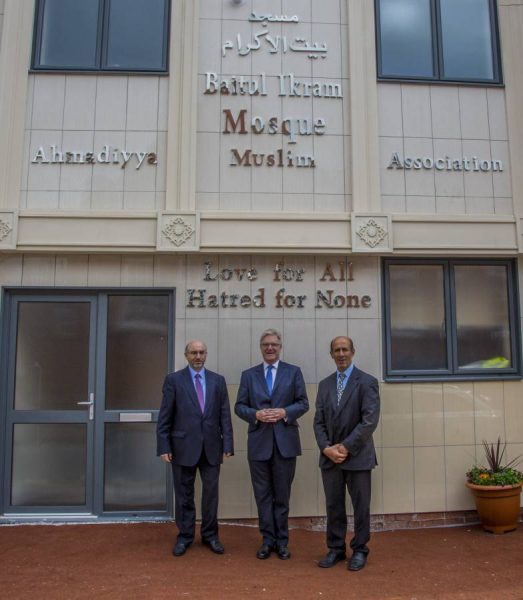 The counter-extremism strategy follows the four key pillars set out by the Prime Minister last July: to counter extremist ideology; to support mainstream voices, especially in our faith communities and in civil society; to disrupt extremists, aggressively pursuing key radicalisers; and to build more cohesive communities, tackling segregation and feelings of alienation.

Edward Garnier reassured the leaders, “Everyone has a role to play in confronting extremism and we must build a national consensus to challenge extremists.”