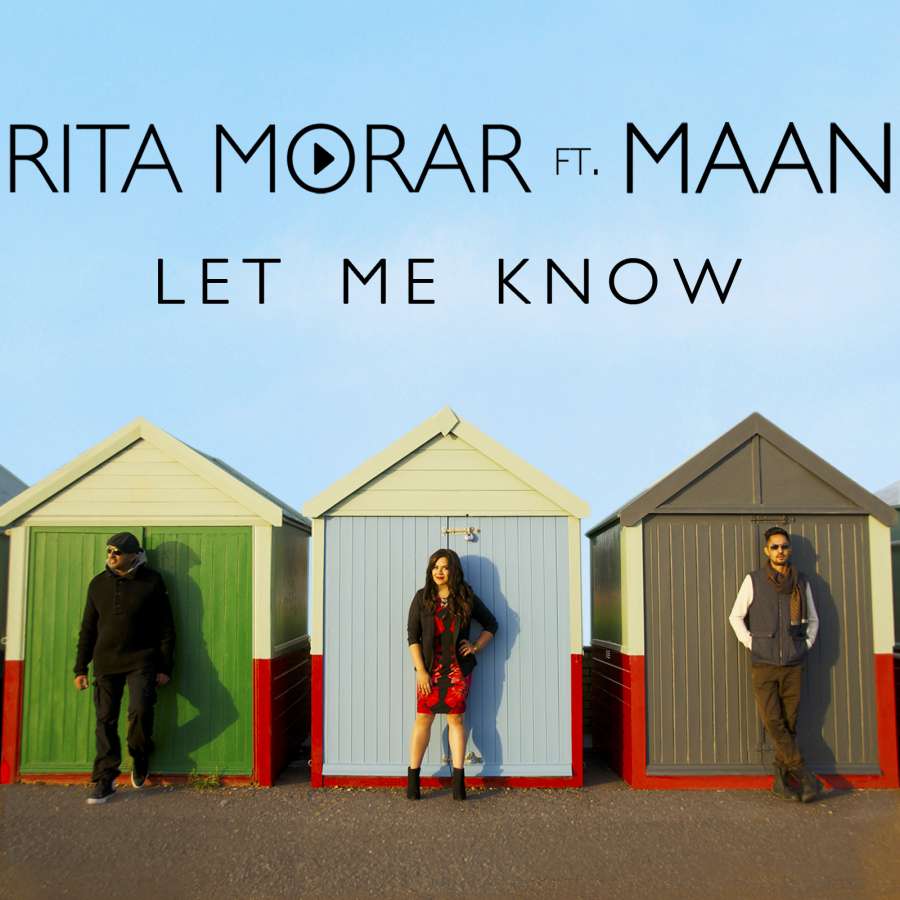 After captivating audiences with her debut release ‘Piya’ which reached No.4 on the iTunes chart in May 2013, London based singer/songwriter Rita Morar is set to release her comeback single in collaboration with MAAN called ‘Let Me Know’ which releases on Thursday 17 November 2016.

‘Let Me Know’ is an uplifting fusion of eastern/western drum and bass sounds. Teaming up with the exciting upcoming duo London based producers/ artists MAAN, together they have created this song, which they hope to enchant the audience with.

“I am excited to be releasing ‘Let Me Know’ as I believe MAAN have captured the full essence of the musical vision I had for this particular track. I wanted to come back with a universal sound that would connect to audiences who love experimental fusion sound”.

This track is the second release MAAN have been involved in since the release of their debut track, ‘The Calling’, which featured singer song writer Anjana Srinivasan and the multi talented Nawazish Ali Khan.

“We’ve had a brilliant connection with Rita on this track and what really made this such a wonderful experience was the fact that it came together so quickly and effortlessly.”

Written by Rita and produced by MAAN, alongside the sweet sounds of the Bansari flute played by Robin Christian, ‘Let Me Know’ will be released with a feature video shot by Bushy Beard Productions. The track shall also be available for a pre – order on iTunes.

Despite being unsigned, singer/songwriter Rita has forthcoming music lined up for 2016 and is already working on other projects with artists such as The107, Sound Shikari, Drifta, and Memba. She will be performing live at various events across the UK and hopes to touch even more audiences with her heartfelt vocals.

MAAN are a live act, currently unsigned who were a product of the Theatre Production of Much Ado About Nothing that took place in 2012 at the RSC, Stratford, and later at the Noel Coward Theatre, Leicester Square, London. The production featured actors such as Kulvinder Ghir, Meera Syal, the late Paul Bhattacharjee and Madhav Sharma of East is East.

They are currently nearing the final phase of their Debut EP which will be releasing very soon.

Pre-order Let Me Know at the following iTunes link: