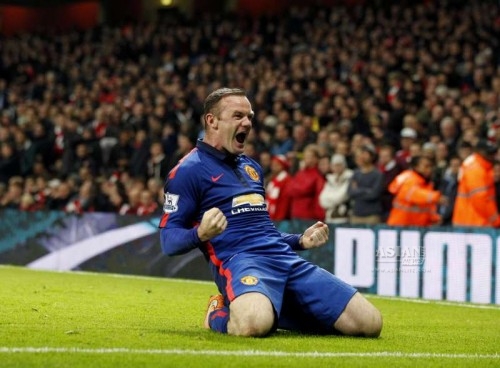 Rooney was named the skipper following the Dutchman’s appointment as manager last summer after a number of players were trialled wearing the armband pre-season. Van Gaal hailed Rooney’s work behind the scenes and his versatility on the pitch after making more appearances in a deeper midfield role rather than as a focal attacking point.

“Wayne is a very good captain. I am very proud. I haven’t had any disappointments this year with him. He is very good in the dressing room. He is always an example off the training pitch and when we play in matches, he always fights until the end,” van Gaal was quoted as saying by goal.com on Sunday.

“Wayne has also played a lot of positions for me without ever complaining. I like multi-functional players and the team needs more players like him. I made a very good decision with Wayne because we have fought right until the end in all of our matches. The team spirit has been great.”

United end their season on Sunday with a trip to a Hull City.