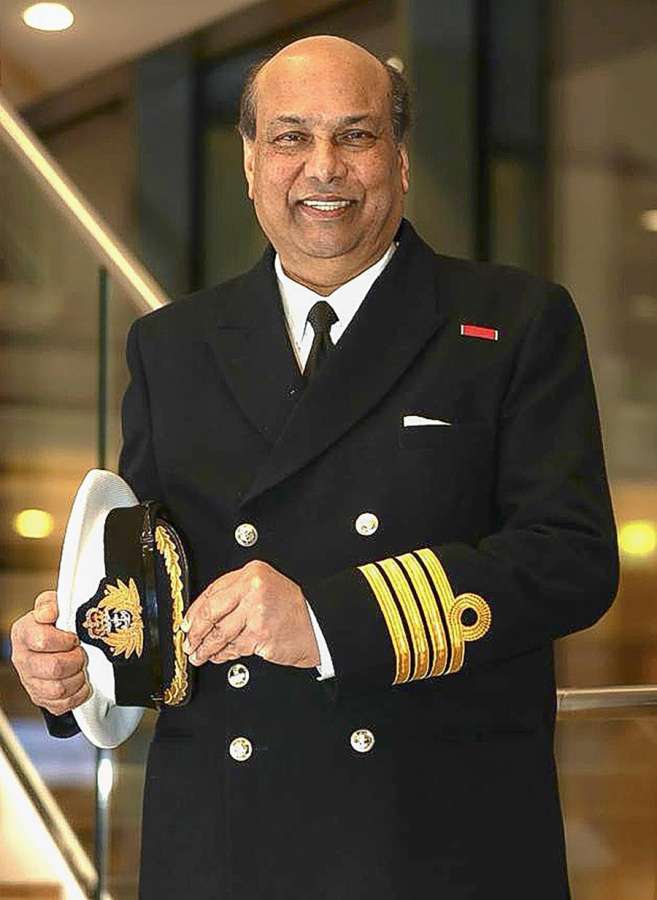 A UK asian businessman has become the first Indian-born recipient of the position of Honorary Captain in the Royal Navy. The promotion was made official today (Friday 28th February) at a ceremony in Birmingham for Captain Raj Aggarwal OBE, a prominent Cardiff-based entrepreneur who is also India’s Honorary Consul in Wales.

The ceremony was attended by the Head of the Royal Navy, First Sea Lord and Chief of the Naval Staff, Admiral Tony Radakin CB ADC, and Royal Marines Brigadier Graeme “Jock” Fraser, who were there to congratulate Raj personally on his promotion.

The First Sea Lord said: “Our Honorary Officers are an important and valuable community and I am always grateful for their support to the Royal Navy. Since Raj’s appointment as an Honorary Officer he has been a tireless advocate for the Service and this promotion reflects his commitment and hard work. A particular highlight was seeing his affiliated ship, HMS Dragon, lit up at sea to celebrate Diwali, in an image that reached audiences throughout the world.”

Last year’s Diwali celebrations (October 2019) was the first time that a British naval vessel had been illuminated in indian colours, and the commanding officer and its company enjoyed a traditional indian feast prepared by the chefs on board. 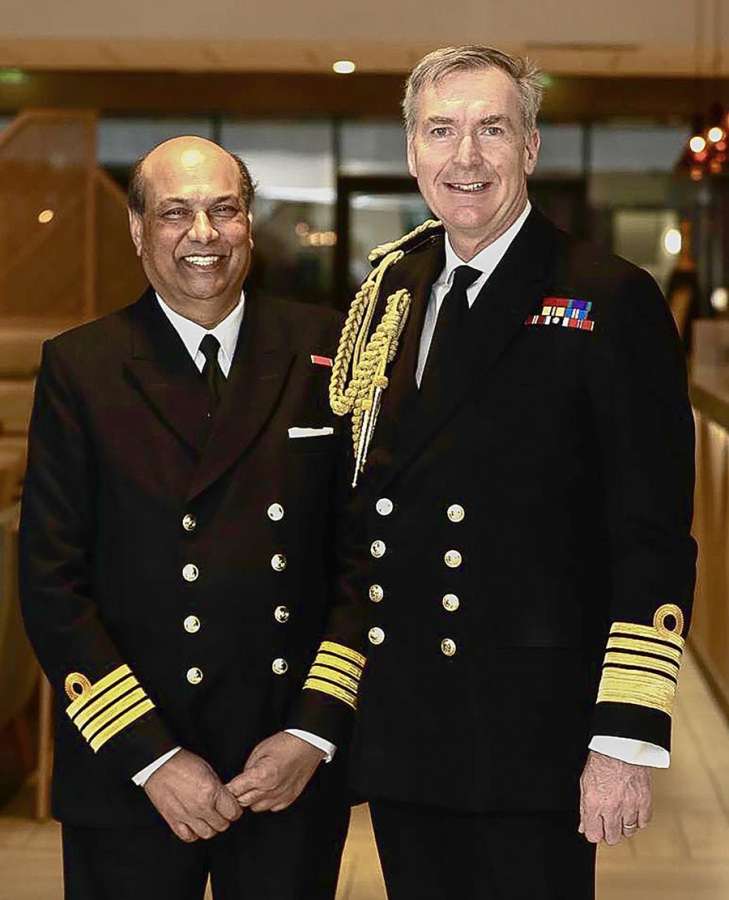 Raj’s latest promotion was approved by Her Majesty the Queen and his elavated rank is the equivalent to that of Colonel in the Army. In his dutes for the Royal Navy Raj is affiliated with HMS Dragon, a Type 45 Daring-Class Destroyer based out of Portsmouth.
Mr Aggarwal received his first honorary commission in the Royal Navy in September 2018 and has since been promoted twice in the Senior Service, and was the first ever honorary officer for the Royal Navy in Wales.

Royal Marines Brigadier Jock Fraser, the Royal Navy’s regional Commander for Wales and Western England, also congratulated Captain Raj, he said: “Raj has proved to be an exceptional ambassador for the Naval Service. He assumes his promotion in an exciting year for the Royal Navy in Wales.
“The third Type 26 frigate, HMS Cardiff is under build and we also look forward to the Grand Opening of the new Maritime Reserve Centre in Cardiff Bay, where HMS Cambria, the Royal Marines Reserves and University Royal Navy Units will call home, later this year. I am delighted to be working with Raj throughout Wales and my wider region.”

Speaking at the ceremony Captain Raj said: “It is a huge honour to be congratulated personally by the First Sea Lord today on my promotion to the rank of Honorary Captain in the Royal Navy. During my 18-months in the Service I have had some wonderful experiences meeting the most committed and wonderful servicemen and women.
“I want to use my position to create greater diversity in the Navy, to show the community that the Navy are supportive and there are amazing careers on offer, with first rate skills training and opportunities to see the world.”

Raj emigrated from Kenya to Wales in 1967 and studied Pharmacy at Cardiff University. Raj settled in Cardiff after a career as a senior executive with Boots. He is the chairman of RK Aggarwal Ltd and ran a successful chain of pharmacies in Cardiff. Besides sitting on a number of influential boards, as chairman of Kidney Wales he was instrumental in changing the opt-out law for organ donations in Wales, which was introduced in December 2015 and has significantly improved organ donations in a move that will save many lives.