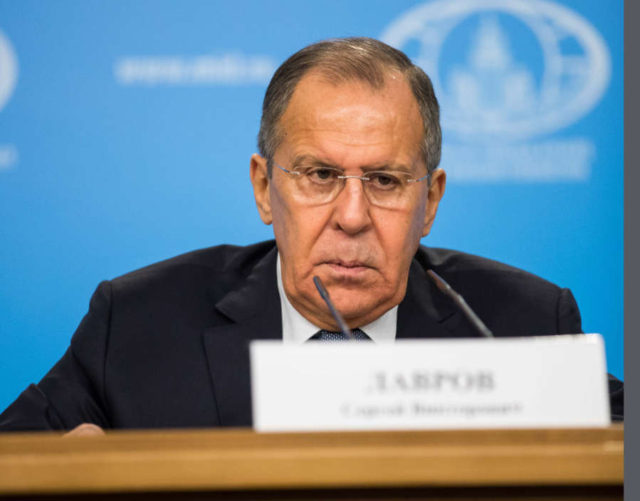 Lavrov in an interview said that the expulsions would “definitely” happen.

Britain on Tuesday ordered the expulsion of 23 Russian diplomats believed involved in espionage-related activities, in the first wave of measures against Moscow for a nerve gas attack on a former double agent.

British Prime Minister Theresa May also outlined a range of other steps, including a halt to high-level meetings with Russian officials and calling off a planned visit to Britain by Lavrov.

May repeated the conclusion of British investigators that Russia had either deployed or lost control of dangerous nerve agents used in the attack — targeting former spy Sergei Skripal and his daughter Yulia Skripal– and said Russia’s defiant response has “demonstrated complete disdain for the gravity of these events”.

Britain is refusing to cooperate with Russia in the case, Zakharova said, adding that Moscow sent to London four diplomatic notes to hold talks on the issue but received only “non-committal replies”.

“Russia has officially expressed readiness to work, using all the mechanisms and tools of the Organization for the Prohibition of Chemical Weapons (OPCW), but London has been unwilling to cooperate with us within the legal framework, and the trend is only growing,” she was quoted as saying by Tass news agency.

“We are again officially calling on Great Britain to provide all the materials on the incident, as they call it, with the spread of chemical weapons on UK territory,” Zakharova said.

She also said that the UK had been “pushing” Russian diplomats out of the country via visa mechanisms for several years.

“Thus, Moscow has no doubt that London has launched an anti-Russian campaign… Britain’s attitude showed that the Russophobic hysteria had reached a new level,” Zakharova said.