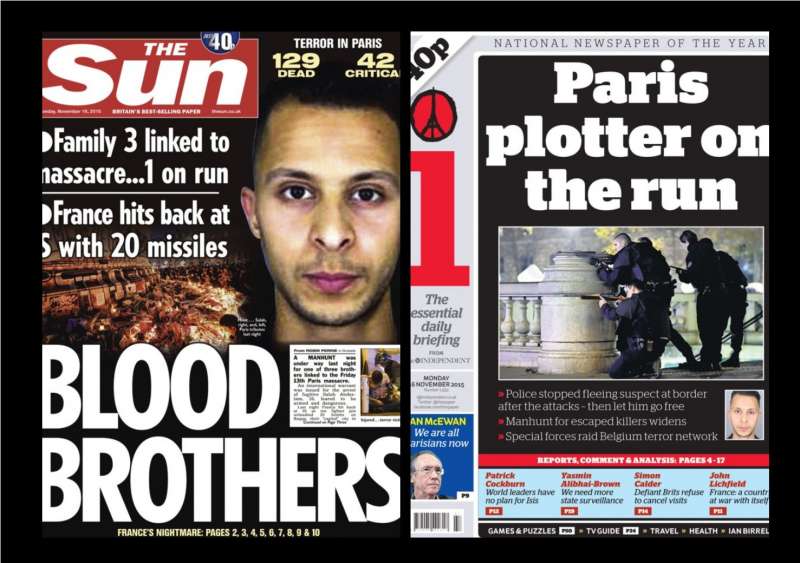 The massacre in Paris is not just a French or a Western tragedy. It has caused universal outrage. And yet the global media’s coverage of the horror tends to give the West a monopoly on pain.

Why, hours before the Paris attack, nearly 50 Shia Muslims were slaughtered by the IS and over 200 injured in Beirut; 27 members of a Shia leader’s funeral were butchered in Baghdad which has lost count of such occurrences. And all of this on the heels of a Russian passenger aircraft brought down over Sinai, killing all 224 passengers, and the October massacre in Ankara, killing 102 and so on and so forth including the 141 school children slaughtered in Peshawar at the hands of terrorists now wearing the IS garb.

Could all those smart anchors on the streets of Paris not have reflected on the pain outside their immediate surroundings? This is the parochialism of the contemporary media, focused only on “us” and “our kind”. The larger humanity has to be left as the business of bards and bohemian poets with a leftist streak.

In the imperial global hierarchy, the media covering such events and the one which is beamed worldwide happens to be in exclusive control of Washington and London. This media’s perspectives are prioritized by Western interests.

Whatever the explanation, the coverage of an event like Paris divides the world into two sets of audiences.

Folks in the West, their anxieties heightened by the outrage, find comfort in the international community getting into a scrum on the issue in Vienna, Antalya… wherever. They find the coverage in tune with their fears and concerns.

This powerful community is not even aware of the popular Cairo blog which asks the question:

“The International Community keeps asking what the region is doing to stop the spread of the ISIS; the region keeps asking why ISIS is only a problem when it strikes Western targets.” Millions in the Arab World ask such questions.

Social media in the region lampoons the West’s reactions. A cartoon shows two patients in a hospital. One covered head to toe in bandages is named “Syria”. The other, in the adjacent bed, with a bandaged finger is called “Paris”. A man in a three piece suit, labeled the “International community”, leans over to kiss the bandaged finger. 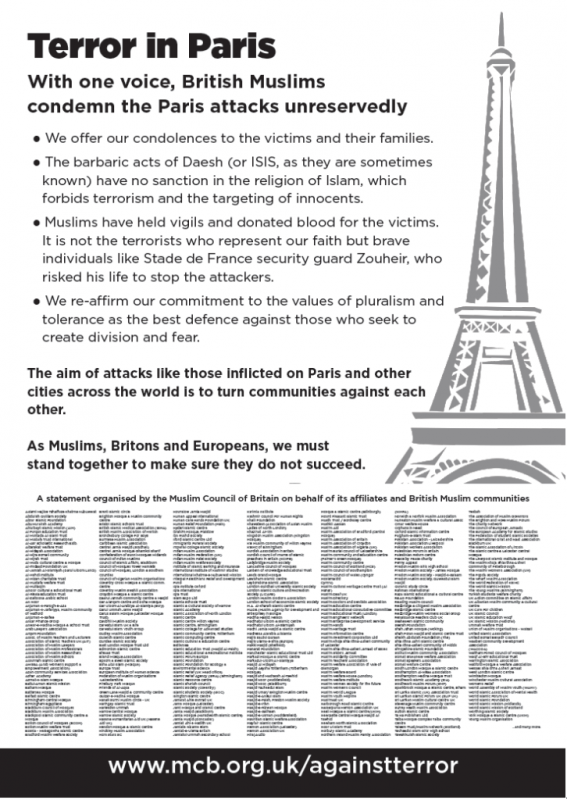 Since there is in the Arab world (as in India) no media capable of live coverage of events like the attack in Paris, there is among these populations an acute sense of helplessness. Each family is riveted on its TV set which blares Muslim terror at them but never dwells on Muslim pain. Iraq, Libya, Syria, three efficient dictatorships have all been destroyed. Nearly three million have been killed by Western bombardment, the IS, consequent civil wars. Hundreds of thousands are on the march towards a Europe torn between hospitality and its exact opposite.

These are the images which preoccupy their brutalized lives. Self centered coverage by the Western media come across to them as frames from which their continuing tragedies are missing.

At the cost of being repetitive let me explain that I am sensitive to these disparities because I was present at the inauguration of the global media when in February 1991 CNN brought the first ever war live into our drawing rooms. This was the Operation Desert Storm.

The coverage resonated with Western audiences as triumphalism doubly exhilarating because it came so soon after the collapse of the Soviet Union. Equally, it added to the Arab world’s sense of defeat and humiliation. It almost ignited global terrorism in this era. The dazzling fireworks on live TV over Afghanistan a decade later added fuel to this fire.

What irks Arab intelligentsia most is a sense of impotence at two levels – one at the level of their own authoritarian regimes which are often in cahoots with the West, and secondly with the West itself which is impervious to popular Arab discontent. The West only deals with potentates or rebel groups in Syria, Libya, Iraq.

It is an article of faith in the Arab world that the ISIS is, in its origins, a US, Saudi, Turkish, Israeli creation. Off the record, Arab ambassadors in New Delhi will testify to this widespread belief in their respective countries.

In an interview with Thomas Friedman of the New York Times in August last year, President Obama himself admitted that the ISIS had been of use in certain circumstances. “We did not start air strikes all across Iraq as soon as the ISIS came in because that would have taken the pressure off Nouri al-Maliki”, the then Shia Prime Minister of Iraq out of favour with the US.

In other words, not long ago, the priority was to get rid of Maliki rather than halt the ISIS. An altered world order may well be the price for that delay.

After the Paris attack, the media has boosted the anti-terror mood to the sort of pitch reminiscent of the first Gulf war. This time even Russia is part of the pack.

Incidentally, the media forgot to mention the first effect of the Paris attack – cancellation of Iranian President Hassan Rouhani’s visit to France, Italy and the Vatican, an outcome that must have pleased Riyadh.

Western resolve to fight terror will be on test in Africa where the entire belt from Nigeria right upto Somalia is in the line of fire of IS look-alikes like Boko Haram and Al Shabab.