The Pakistan Society is an international organisation with some four hundred British and Pakistani origin members that aims to increase public knowledge in Britain of the arts, history, geography, economic life and institutions of Pakistan. The British Secretary of State for Business, Innovation and Skill, Sajid Javid spoke at the Pakistan society last night and highlighted the important role Pakistani Diaspora play in the culture and economy of the UK.

The following is the full speech:

“As the proudly British son of Pakistani parents I’m a very real example of the close bond between our two nations. But it goes deeper than that – Because the presence of such a large Pakistani community here is only part of the picture. I remember visiting Pakistan when I was younger. And it struck me that, although the place was very different to the UK in lots of obvious ways, the people there were not so very different at all.

“And that’s why the British Asian community has made, for the most part, such a positive contribution to British life over the past half century. You see those values in action wherever you encounter members of the diaspora – In shops, in hospitals, in law offices, in financial services, even in politics. At last year’s general election, I was delighted to see the people of Britain vote in more Asian MPs than ever before – 22 in total, representing three different parties. The links between the UK and Pakistan are strong at all levels. And we want to make those links stronger and deeper still. 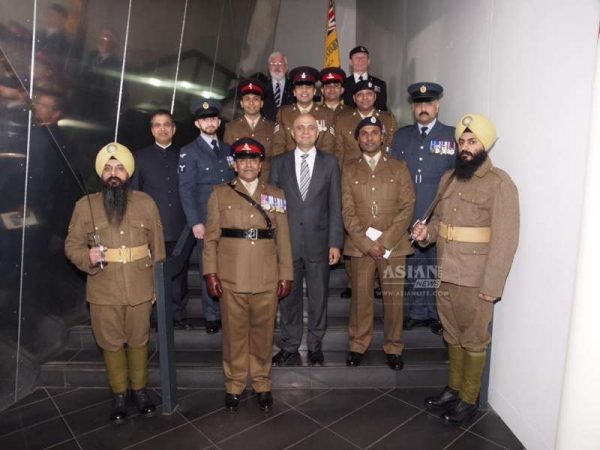 “More than 120 British companies have established operations in the country, with offices stretching from Islamabad to Karachi. Hundreds more have distributors and agents there. Over the past decade, British businesses have invested more than $2 billion in Pakistan. That makes us the republic’s second-largest foreign investor.  A British visitor walking through a modern Pakistani city will find many familiar names – Debenhams, Next, Mothercare, Clarks. Marks and Spencer is coming soon. Karachi is already home to the world’s largest Toni and Guy salon.

“The UK’s international development budget for Pakistan is the largest of all our bilateral aid programmes. It was £324 million last year – up from the £205 million when David Cameron became Prime Minister. But UK-Pakistan relations aren’t just a one-way street. Trade between our nations is strong and growing. It was up six per cent last year for goods alone.

“Pakistan is one of the UK’s largest suppliers of medical and surgical instruments. Gul Ahmed and the Nishat Group have been trading here for many years. They’ve recently been joined by Khaadi, Mehran Enterprises and Terry Tex International. And who can blame them for coming?

“The UK is the best place in the world to start and grow a business. We have the lowest corporation tax in the G20. And we’re the gateway to the European Union. Obviously our continued membership of the EU matters to Britain.  But it also matters to Pakistan.

With the UK in reformed EU, Pakistani companies have a close ally with a large south Asian community right in the heart of the common market. So I’m sure you agree that the best thing for both our economies is a vote for the UK to remain a member. According to the World Bank, the UK is one of the easiest places in the world to do business.

“Pakistani businesses have incredible potential; I’ve seen it for myself.  But problems with red tape, corruption, energy and law and order are holding them back.  It’s not good for business, it’s not good for Pakistan, and it’s not good Britain either.

“It’s all part of the UK/Pakistan Trade and Investment Roadmap.  Agreed in 2012, revised two years later by Prime Ministers Cameron and Sharif and updated again just last week the roadmap sets out how we’re going to take trade between our nations to the next level.  And it’s so important that we do. Because when it comes to international relations you can’t choose your neighbours. But you can choose your friends. And that’s what Pakistan is.

“For 65 years the Pakistan Society has been nurturing that friendship. It has helped us understand each other, smoothed over divisions and built on what unites us. The people in this room have done so much to strengthen the ties that bind us together. And I’m looking forward to working with you, and with businesses in the UK and Pakistan, to make those ties stronger still.”