The future is not bright for Sajid. A survey among the Conservative members indicate the fate of Sajid Javid in the next cabinet of Prime Minister Theresa May….reports Asian Lite News 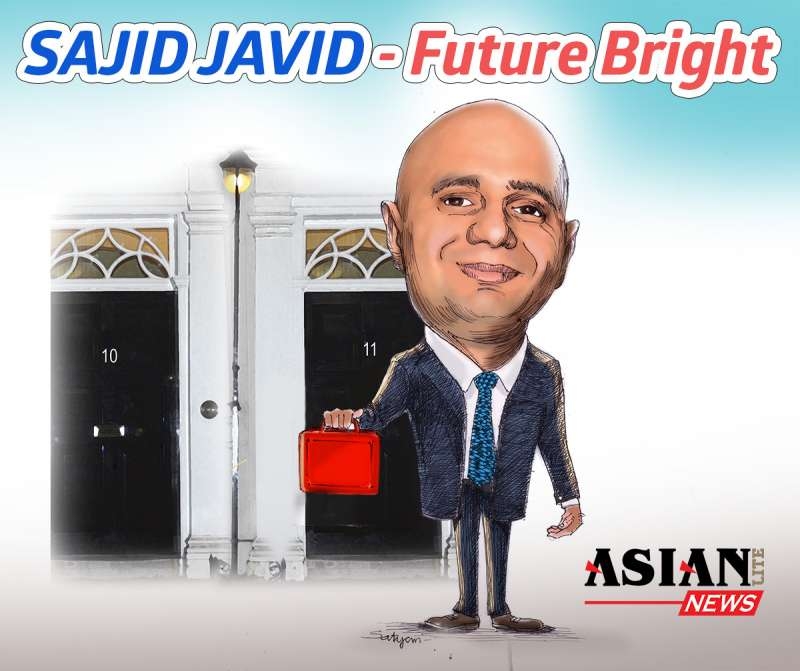 Mr Javid, secretary of state for communities and local government, scored just 7.3 while the British-Asian in the cabinet Priti Patel scored clear 32 per cent. The prime minister scored 89.1, while the top Brexiteer David Davis bagged 75.4.  May’s positive score is up by 11 points at a soaring 89, making her once again the top-ranked member of her own government.

With the exit of David Cameron and George Osborne from the front line politics, Sajid is struggling to foothold in the Tory bandwagon. He supported the Remain camp during the Brexit campaign. He is seeking re-election from Bronsgrove. He won the safe seat of Tories by a margin of 16,000 plus votes. He was Secretary of State for Business, Innovation and Skills and President of the Board of Trade from 2015 to 2016.

Among the Brexiteers, the popularity of other two top Brexiteers – Liam Fox and Boris Johnson were dwindled below 50 per cent.

The Scottish Tory leader Ruth Davidson’s popularity soars after the extra ordinary victory in the local elections. After last month’s nadir, when his score stood at less than ten, Philip Hammond has risen into the comfortable anonymity of the middle of the table with a net positive score of 32. It’s not quite the rebound we usually see for the Chancellor, so it remains to be seen whether the Budget fiasco has done permanent damage to his standing with the grassroots.