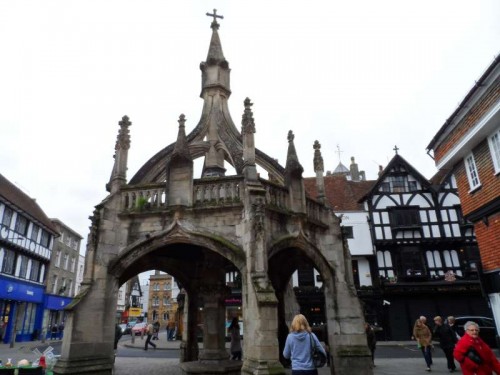 A city council in Britain told an Indian-origin woman that she could not run a food stall during a St George’s Day event as it wanted only English food.

The Salisbury City Council told British-born Tania Rahman, 27, that her stall — Chit Chaat Chai — would not be allowed because it was not “English-themed”, Mail Online reported.

The council later apologised after the refusal sparked a backlash from locals — who pointed out that chicken tikka masala is a British-made dish, the report added.

“When I received the email my initial reaction was ‘am I reading this right?’. I couldn’t believe it. I was hugely disappointed. I consider myself to be English – I was born in this country…” Rahman said.

“Rahman has raised some very interesting points about modern England and the council will wish to reflect upon these issues when setting the theme for the St George’s Day in 2016 and onwards,” said a spokesperson for the council.