The Commission for the Promotion of Virtue and Prevention of Vice (Haia) has formally apologized to the British man and his Saudi wife for the troubles caused to them by some of its staffers last Friday. Four Haia staffers have been transferred outside Riyadh for their involvement in the attack, a statement issued by the commission Tuesday said. They have been reassigned to administrative jobs, accoring to Saudi Gazette. 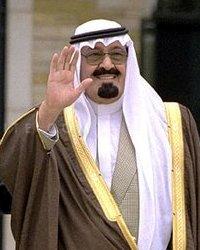 “Peter Howarth-Lees and his Saudi wife Abeer were attacked by the Haia men in Hiteen Plaza’s parking lot in Riyadh following an argument that had been ongoing after they objected to him using a checkout counter manned by a woman at a supermarket in the mall. The commission said investigations into the incident have proved that the Haia members were involved in the attack and one who jumped on the Briton as appeared on the video footage was the Haia unit’s chief. A high-level panel, which probed the incident, found that the three other Haia members failed to implement the directives of Riyadh Haia chief in handling issues of this type.

“The panel, comprising director general of the commission in Riyadh region, head of Riyadh Haia, and director of Haia follow-up department, found that the Haia members tried to mislead the investigation committee and lied while giving their testimony. The commission won’t tolerate any instances of assault on citizens or foreigners or deprivation of their rights, the statement added, report said.