Saudi Arabia announced it will host the G20 summit in November next year in the capital Riyadh, Al Arabiya TV reported.

The first G20 meeting in the Arab world will be held in November 2020, according to the final communique of the G20 summit last year in Buenos Aires, Argentina, which confirmed that the summit will be held in Japan in 2019, and in Saudi Arabia in 2020, Xinhua reported.

Saudi Arabia confirmed that it looks forward to hosting the event.

G20 world leaders met for the first time in 2008 with focus on rescuing the global economy from the worst financial crisis in more than 70 years.

The Kingdom of Saudi Arabia revealed on Sunday the design of its pavilion for the upcoming Expo 2020 Dubai. The pavilion will be second in size only to that of the UAE pavilion, covering an area the size of two football pitches.

The pavilion’s design is “distinctive and memorable” symbolising Saudi Arabia’s “welcoming character, long heritage and unlimited drive”, according to a statement detailing the reveal. The pavilion facade opens “like a large window into the future, soaring into the sky and reflecting a society deeply rooted in its culture with unlimited ambitions,” it added.

Balancing the richness of Kingdom’s history, culture and natural wonders with the boundless energy and creativity of its people, the pavilion will give visitors an immersive experience of the country’s transformation – a country where rich tradition, ambition and innovation are shaping its, and the world’s, future. 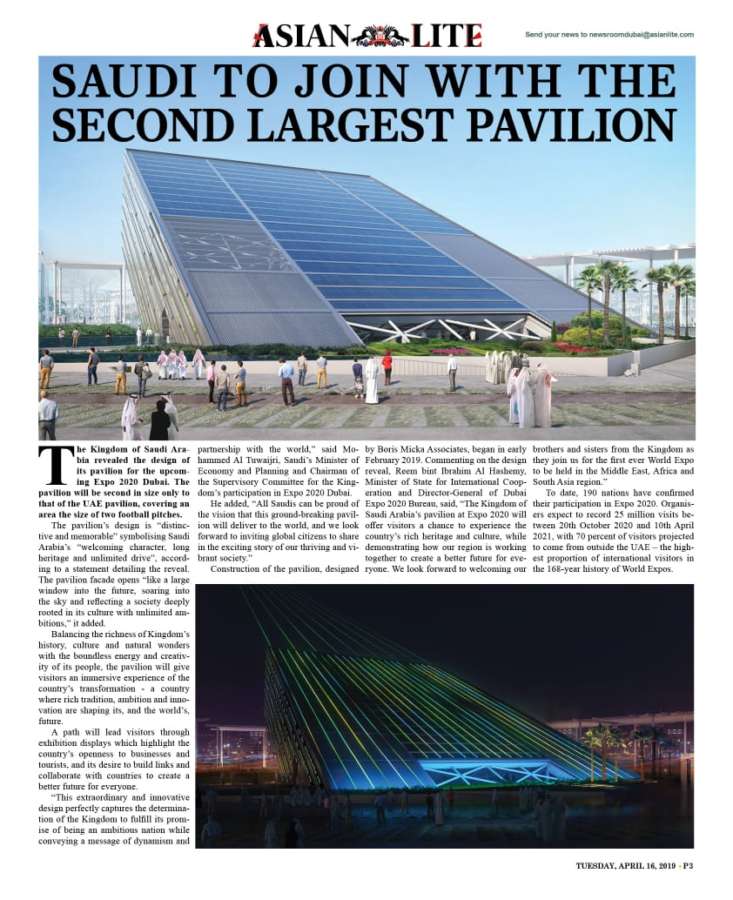 A path will lead visitors through exhibition displays which highlight the country’s openness to businesses and tourists, and its desire to build links and collaborate with countries to create a better future for everyone.

“This extraordinary and innovative design perfectly captures the determination of the Kingdom to fulfill its promise of being an ambitious nation while conveying a message of dynamism and partnership with the world,” said Mohammed Al Tuwaijri, Saudi’s Minister of Economy and Planning and Chairman of the Supervisory Committee for the Kingdom’s participation in Expo 2020 Dubai.

He added, “All Saudis can be proud of the vision that this ground-breaking pavilion will deliver to the world, and we look forward to inviting global citizens to share in the exciting story of our thriving and vibrant society.”

Construction of the pavilion, designed by Boris Micka Associates, began in early February 2019.

Commenting on the design reveal, Reem bint Ibrahim Al Hashemy, Minister of State for International Cooperation and Director-General of Dubai Expo 2020 Bureau, said, “The Kingdom of Saudi Arabia’s pavilion at Expo 2020 will offer visitors a chance to experience the country’s rich heritage and culture, while demonstrating how our region is working together to create a better future for everyone. We look forward to welcoming our brothers and sisters from the Kingdom as they join us for the first ever World Expo to be held in the Middle East, Africa and South Asia region.”

To date, 190 nations have confirmed their participation in Expo 2020. Organisers expect to record 25 million visits between 20th October 2020 and 10th April 2021, with 70 percent of visitors projected to come from outside the UAE – the highest proportion of international visitors in the 168-year history of World Expos. 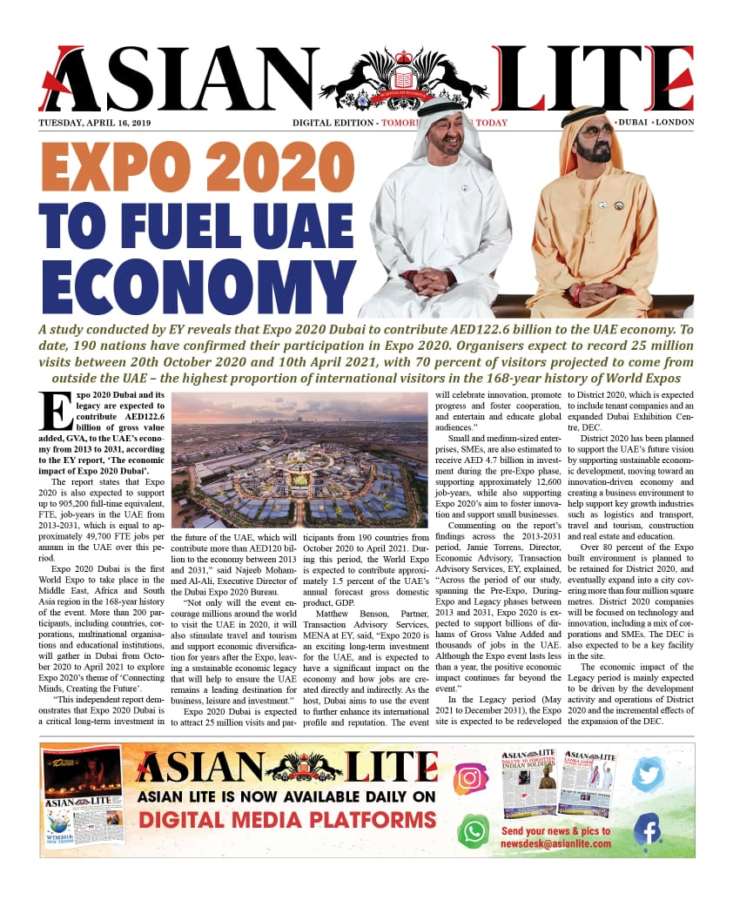