The British political establishment has been rocked by another sex scandal as former prime minister Sir Edward Heath was accused of raping a 12-year-old boy in a London flat after picking up the runaway youngster and offering him a place to stay….reports Asian Lite News

The accusation emerged after it was revealed police are being investigated over sensational claims they covered up child sex allegations against the former Tory leader.

The alleged victim, now 64, who cannot be named for legal reasons, claimed he was unaware of Sir Edward’s identity until four years later when he saw a picture of the then MP alongside future Prime Minister Margaret Thatcher.

Heath was a lifelong bachelor and a champion yachtsman besides a musician. He was Conservative Prime Minister Heath between 1970 and 1974 and leader of Party from 1965 to 1975 when he lost the leadership to Margaret Thatcher. He died in 2005 at the age of 89.

The man, who worked as a rent boy throughout his adolescence and was in his later life convicted of child sex crimes, claims he kept his secret bottled up until this year. 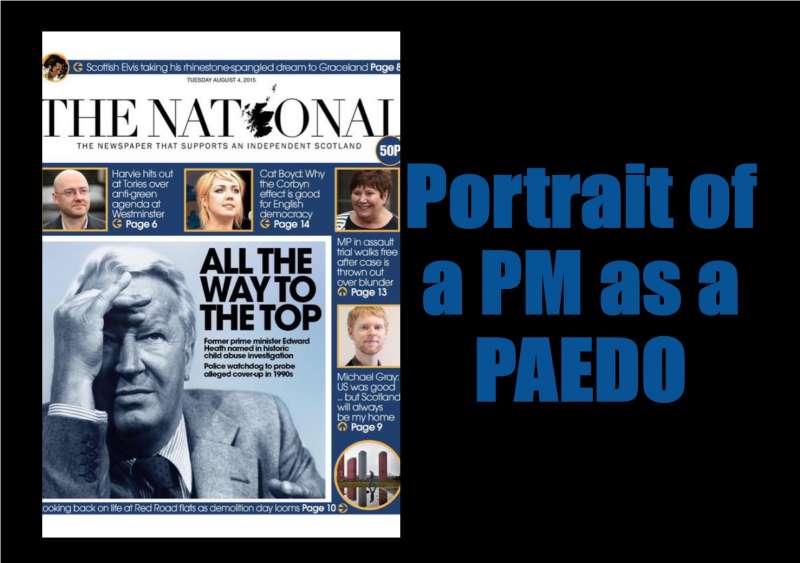 In a letter to his solicitor, in which he tells how he was picked up in car, saying: “I think it was about August 1961 when I ran away again….I decided to hitch a lift.

“I stuck my thumb out as I walked….when a car pull up and the window was lowered and the driver asked me where I was going. I told him the West End (of London) and he told me to get in the car.”

He claimed he had reported the alleged attack two months after it is said to have happened but was dismissed as a ‘fantasist’ and a liar, the Daily Mail reported.

At the politician’s home, the man, now 65, said he was offered a cup of tea and a sandwich before being asked if he didn’t mind sharing a bed because there was only one bedroom.

He alleges that Sir Edward, who led the Conservative government between 1970 and 1974, then had full sex with him.  The revelation follows an announcement that the Independent Police and Complaints Commission has launched a probe into an alleged cover-up of child sex abuse claims after a retired ‘very senior’ officer raised concerns that a criminal trial was derailed in the 1990s to protect Sir Edward.

As a result, it is alleged, he was never interviewed by police – let alone arrested – and his home was not searched.

A Wiltshire Police officer urged victims not ‘to suffer in silence’ and to contact them if they had been abused by the politician.