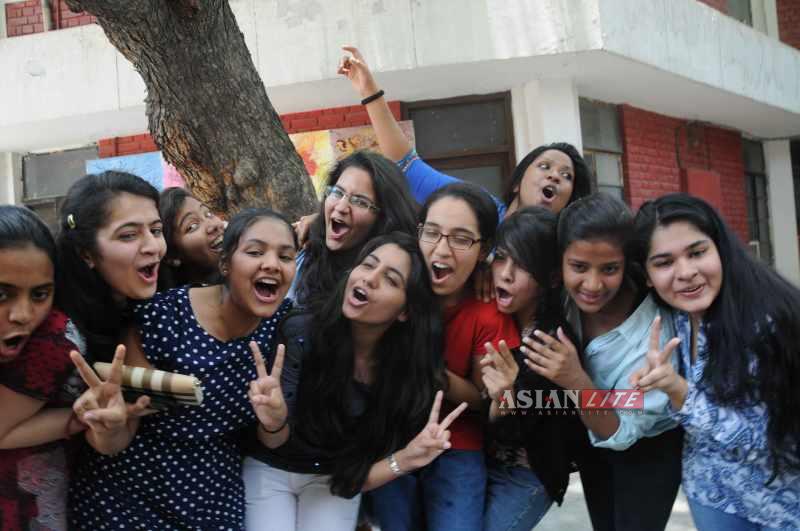 If you are a female student from India and aspires to join a British university, brace yourself for the “lad culture” first. Defined as “a subset of student life that promotes one particular masculinity,” the “lad culture” – a local euphemism like ‘eve teasing’ in India for sexual harassment – has made campus life difficult for female students, especially freshers, who are reporting more and more cases of groping, sexual persecution and violence.

A latest survey by the British National Union of Students (NUS) found that British universities have “failed to tackle lad culture,” with only one in 10 institutions including relevant policies in the freshers’ welcome pack.

“The findings follow reports in the last few months of a resurgence in ‘lad culture’ on campus following a flurry of scandals on campus and which led to the head of an Oxford University college to warn of an “unprecedented” scale of groping and sexual harassment,” the Guardian reported, citing the NUS findings.

In an another NUS survey of over 2,000 men and women students, almost one third of respondents said they endure unwanted sexual comments about their body (37 percent of women).

Two thirds of respondents said they have seen students put up with unwanted sexual comments, with just under one third bearing witness to verbal harassment based on a student’s gender.

“Nearly 75 percent of students are aware of online communities such as ‘Unilad’ and ‘Lad Bible’ with almost two thirds of women students (63 per cent) agreeing that these contribute to an unfair representation of women,” the NUS survey stated.

A Guardian investigation in May had found that fewer than half of Britain’s top universities were monitoring the extent of the problem, while one in six did not have specific guidelines for students on how to report such allegations.

The growing “lad culture” has finally forced the British government to act.

Last week, the government finally decided to set up a taskforce to curb the sexist “lad culture” on the campus.

In a letter written to Universities UK which represents the country’s vice chancellors, Business Secretary Sajid Javid ordered to form a taskforce that will wipe out “lad culture” at British campuses, the Independent reported.

“This taskforce will ensure that universities have a plan to stamp out violence against women and provide a safe environment for all their students,” Javid wrote.

The NUS defines “lad culture” as one expressed through hard drinking and hard bantering; one that normalises sexual harassment; and one that exaggerates this masculinity in the face of a threat to it.

“We do not tolerate this behaviour in any part of society, and I’m not prepared to let it take place on university campuses unchecked,” Javid wrote in the letter to Universities UK.

“I have got three daughters and one of them is just starting her A-levels so she’s just starting to think about what she might do, and university is one of the options,” Javid told the Sunday Times.

“I just hate to think that she is sitting there thinking, ‘I don’t want to go to university because I might be assaulted,’” he added.

The taskforce is expected to be convened in the autumn and work over a full year. Once in action, the new taskforce will look at how complaints can be better handled and work with crime prevention officers to tackle the problem.

“This taskforce will make sure that the universities are doing all they can to meet their legal obligations and, will see where they can go further,” Universities Minister Jo Johnson was quoted as saying.

The NUS said it is happy to see the government take the issue of “lad culture” seriously.

“We need the education community to get behind the work that NUS and students’ unions are doing and support students in challenging lad culture, sexual harassment, and violence on campuses,” NUS women’s officer Susuana Amoah was quoted as saying in the Independent report.