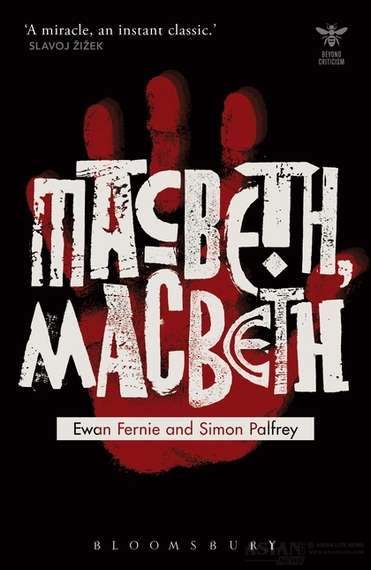 University of Birmingham Shakespeare scholar Professor Ewan Fernie has written a new work of fiction, Macbeth, Macbeth, based on the Scottish play.

Professor Fernie, who is Chair of Shakespeare Studies, said: “We began working on this project with a very simple desire. We wanted to get inside Macbeth’s murder chamber, something Shakespeare never allows.

“This meant imagining what it would be like to be Macbeth, captured in the act. It was about possessing the terrible passions of the play, even being possessed by them, rather than pretending to master or explain them.

“We also wanted to enter the consequences beyond Shakespeare’s tortured protagonists, to enter the pain of the victims; to recover their experience, their voices. It was a political as much as a sympathetic ambition.”

The book features new art-work by Birmingham Fellow and artist Tom de Freston. Professor Fernie launched the book, which is published by Bloomsbury, alongside an exhibition of De Freston’s artwork at The Other Place Theatre in Stratford Upon Avon.

Professor Fernie, who also gave a talk about the novel at this year’s Hay Literary Festival, will be taking part in the World Shakespeare Congress, which takes place between the 31st July and 6th August in Stratford and London.

He will be leading a seminar with Claudia Olk of the Freie Universität Berlin, Germany. They will be exploring Shakespeare’s influence on other writers, thinkers, politicians and philosophers.

Fernie and Olk will raise a number of questions including who are Shakespeare’s great inheritors, where and when the playwright has had the most influence and whether his influence works differently in different traditions or if it cut across those traditions.

The seminar takes place on 2nd August at 3.45pm to 5.15pm in the Alleyn Room at the  Shakespeare Centre, Stratford Upon Avon.