Felix Media and Arrow Media announce that their Award-winning documentary Sherpa is set for a UK theatrical release from the 18th December….reports Asian Lite News 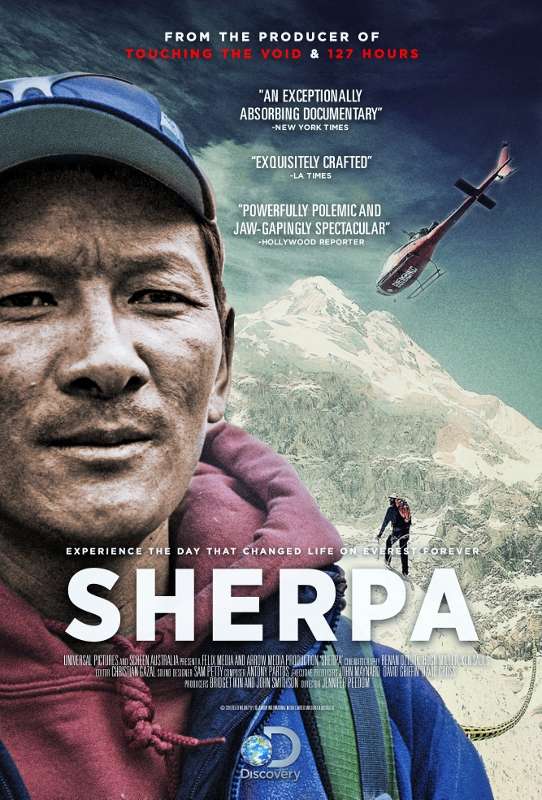 Presented by Universal Pictures and Screen Australia in association with Discovery Channel, Sherpa is directed by award-winning filmmakerJennifer Peedom (Solo, Miracle on Everest, Living the End) and produced by critically-acclaimed Bridget Ikin (An Angel At My Table, My Year Without Sex, Look Both Ways) and BAFTA-winning producer John Smithson (Touching The Void, 127 Hours).

In 1953, New Zealander Edmund Hillary and Sherpa Tenzing Norgay had reached the Everest summit in a spirit of co-operation and brave optimism. But in 2013 news channels around the world reported an ugly brawl at 21,000ft as European climbers fled a mob of angry Sherpas. What had happened to the happy, smiling Sherpas and their dedication in getting foreigners to the top of the mountain they hold so sacred?

Determined to explore what was going on, the filmmakers set out to make a film of the 2014 Everest climbing season, from theSherpas’ point of view. Instead, they captured a tragedy that would change Everest forever. At 6.45am on 18th April, 2014, a 14 million ton block of ice crashed down onto the climbing route through the Khumbu Icefall, killing 16 Sherpas. It was the worst tragedy in the history of Everest. The disaster provoked a drastic reappraisal about the role of the Sherpas in the Everest industry. SHERPA, tells the story of how, in the face of fierce opposition, the Sherpas united in grief and anger to reclaim the mountain they call Chomolungma.

Director Jennifer Peedom said: “The Sherpas have hit the cutting room floor of far too many Everest films, so in 2014, we set out to film an Everest expedition from their point of view. We wanted to highlight the disproportionate risks they take, in getting foreign climbers to the summit, and back down safely. But nothing could have prepared us for what happened on the mountain last year. The accident highlighted these disproportionate risks in a way that nothing else could.”

Producer John Smithson said: “As the grief turned to anger in the wake of this terrible avalanche, it dramatically revealed the fault line that exists between the Sherpas and the Westerners that they guide up the mountain. It gave us a unique opportunity to observe at first hand a dramatically evolving story. We are thrilled that the impact that the film has had on audiences so far.”