Spiritual Master Shreeguru Balaji Tambe, is making his first trip to London in more than a decade to share his wisdom…reports Asian Lite news 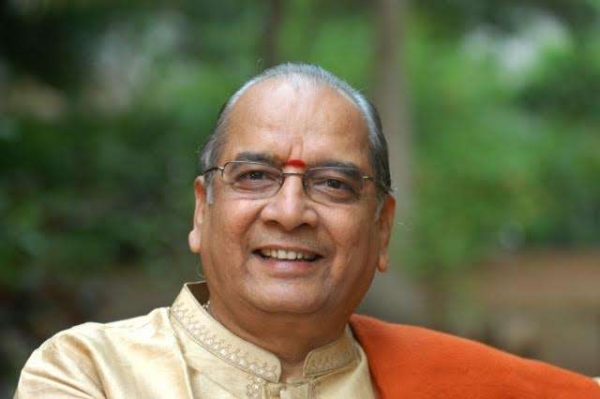 Tambe’s visit will include a talk at the St. James Court Taj Hotel, in London  on September 16th arranged by World Economic Forum Young Global Leader, Ashish Goyal. The talk, and following discussion, will be attended by His Excellency, Shri. Ranjan Mathai, the Indian High Commissioner to Great Britain.

The talk will focus on Stress Management. Shreeguru Balaji Tambe will discuss several theories and practices from ancient sciences as well as from research compiled from over fifty years of work in health, the pursuit of contentment and experiences in the spiritual realm that can solve deep-rooted individual, organizational and social issues. His development of healing music techniques has proved to be an extremely efficient and easy-to-use stress reduction tool. He has performed over 1,000 healing music concerts worldwide.

Shreeguru Balaji Tambe has completely revamped the credibility of Ayurveda in India. He is Chief Mentor of a popular health newspaper supplement in Maharashtra with a circulation of 1.6 million copies every week. His TV shows, running for over 6 years, have covered philosophy in daily life discussing the Shreemad Bhagawad Geeta and several important Indian traditions. He produces 450+ high quality health foods and medicines in his world class pharmacy at affordable prices for the common man. Many of his exports are well-received in Europe.

He has developed two modules of practice – SOM and SKY aimed at busy seekers to accelerate their spiritual quests.