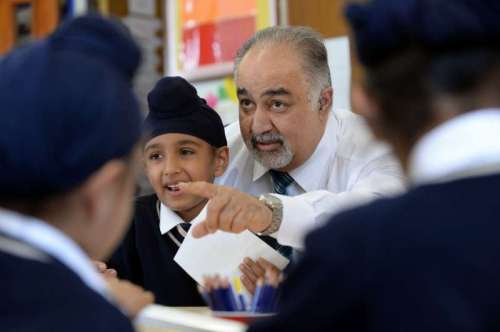 After facing a lot of disappointment in Britain’s Coventry schools, members of the Indian-origin Sikh community have set up their own school for their new generation.

Opened in Coventry, a city and metropolitan borough in the county of West Midlands, the newly opened Seva School presently offers education to 130 pupils (aged four to seven) for free, the Coventry Telegraph reported Monday.

Most of the students are of Sikh faith but a handful are from other faiths as well.

The school uses the maths curriculum based on schools in Singapore, where pupils are ahead of those in other countries.

Like many primary schools in Coventry the school follows the International Primary Curriculum, and teachers are using Kagan strategies, a method where pupils work closely together in groups and help each other.

“The trustees are born and bred in Foleshill suburb in Coventry and want to give something back to the community,” said Deputy head Suneta Bagri.

“They left school with low aspirations in life. They achieved anyway and became professionals but they want better for the next generation of children. The Seva School ethos is that every child can and will achieve.”

The school day begins at 8.30 a.m. and finishes at 4.15 p.m. The last hour of the day is spent in assembly, doing homework under supervision and after school sport and art clubs.

It is temporarily housed in a former special school in Tiverton Road, Wyken suburb, ahead of a move to a permanent home on a site yet to be announced.

The school is one of three newly opened schools in the city, alongside free school the Muslim Eden Girls School, in Foleshill, and University Technical College the WMG Academy for Young Engineers in Mitchell Avenue, Canley.