Just one day after a terror attack in London, the Sikh community defies the “day of gloom predictions” to celebrate the success of Londoners and raise thousands of fund for Combat Stress, the Veterans Mental Health Charity….reports Kaliph Anaz 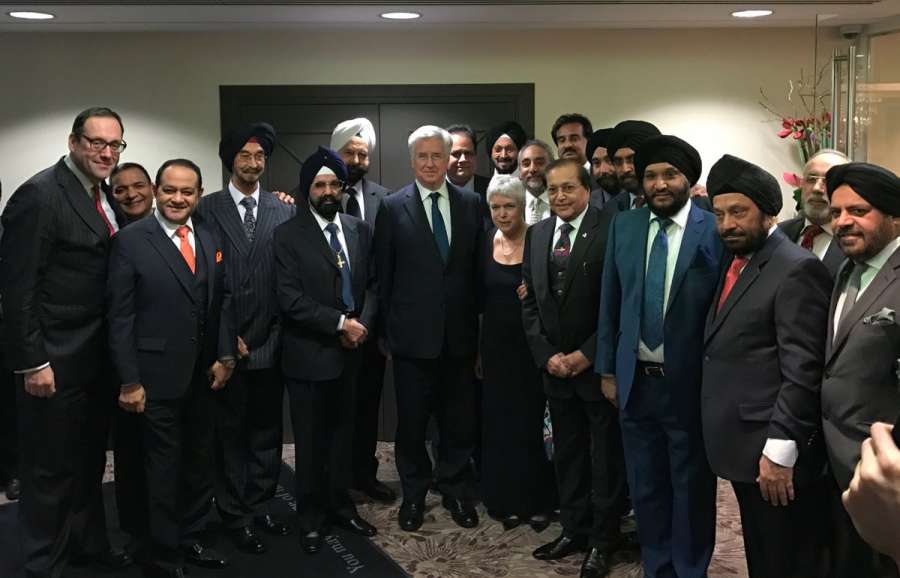 The city was under attack. But the defiant Londoners refused to cowed down to the threats of terrorists affecting the normal life. The Sikh community in London hosted one of the largest event in the post-attack London at the Lancaster Hotel near Hyde Park on Thursday.

“The over subscribed event is a full indication of Indian communities defiance in the days of difficulties,” he added. “The presence of High Commissioner Sinha along with Defence Minister Mr Fallon shows our support to Britain at a crucial phase.”

Londoners will never be cowed by terrorism

“I want to express my gratitude on behalf of all Londoners to the police and emergency services who have shown tremendous bravery in exceptionally difficult circumstances,” Khan said in a statement. “Londoners should be aware that there will be additional armed and unarmed police officers on our streets from tonight in order to keep Londoners and all those visiting our city safe.

“I want to reassure all Londoners and all our visitors not to be alarmed – our city remains one of the safest in the world. London is the greatest city in the world and we stand together in the face of those who seek to harm us and destroy our way of life. We always have, and we always will.

Londoners will never be cowed by terrorism