High Commissioner of India Ranjan Mathai hosted a cocktail reception for physicist Prof Tejinder Virdee, recently knighted by the Queen for services to science, and for Dr Yusuf Hameid, the head of Indian pharmaceutical giant Cipla, who has been conferred an honorary doctorate of Science by Cambridge University for his crucial role in saving millions of AIDS sufferers in Africa. The High Commissioner also welcomed Prof. Sir Tom Kibble of Imperial College who was also knighted by the Queen and said he was claiming Prof. Kibble’s connection to India as he was born and grew up in Chennai.

Prof Virdee, who attended the function with his family, spoke of his background of being born in Kenya, moving with the family to Britain at the age of 15 in 1967, his studies at the Grammar School in Birmingham, and the journey culminating in his role in discovering the Higgs Boson particle in Geneva.

Speaking on the occasion, Hameid expressed his pride for India being the pharma capital of the world and the importance of stopping monopoly in the health care sector. He also expressed his happiness of being able to invest and run Research and Development in the United Kingdom soon. He emphasised on a humanitarian approach to producing and marketing medicines, as the objective is primarily to save lives and not really commerce and business. He hoped the new Indian Government will pass beneficial laws for health care field.

Several dignitaries were present on the occasion, including Lord Bilimoria, and Vitabiotics Founder Dr Lalvani OBE. 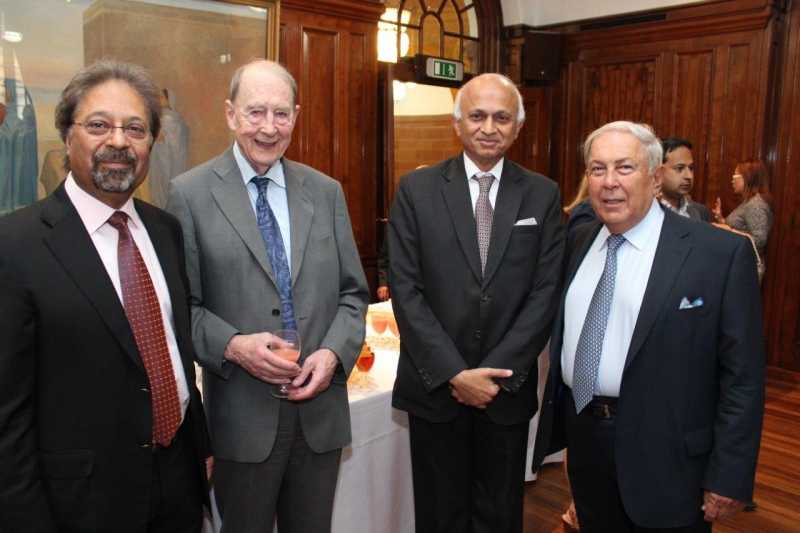