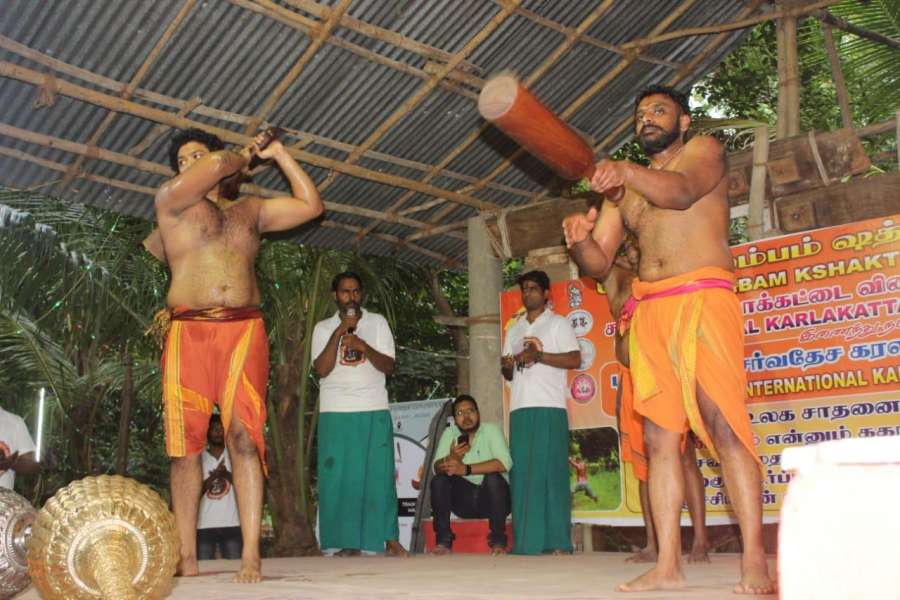 Karlakattai (Wooden Indian Heavy Clubs) training is a traditional form of body conditioning practiced originally by Tamil warriors in the past. The history and origins of Karlakattai date back to 1000’s of years ago and the evidence is seen in the temple carvings and ancient scripts.

This year, on the 12/12, International Karlakattai Day was celebrated in the Gurukulam. During this celebration, three Assist World Records were set. 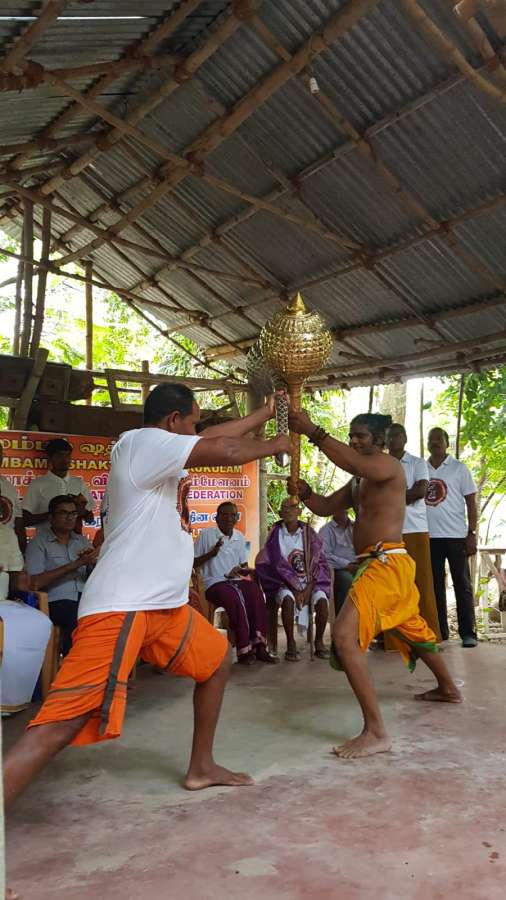 Apart from the World Records, there were many traditional demonstrations of various Tamil art forms. Master Jothi Kannan also released an Audio called Bheema Thandavam along with a demo and an English version of the book called Ancient Warrior Practice Karlakattai which was previously released in Tamil version only.

There are 6 different types of Karlakattai’s out of which one is exclusively for women. Each of these Karlakattai’s are traditionally made from special native wood with specific dimensions and weight designed for a person’s body weight and goal. These Karlakattai’s are only treated with organic herbal oils and have medicinal values.  Gripping and swinging them passes it on to the practitioner. There are 64 different types of swings that can be performed with these different types of Karlakattai. Swinging the Karlakattai along with practicing the Kshakthriya Pranayam (warrior breathing techniques) improves cardiovascular capacity, shoulder and grip strength, core stability, increases joint mobility, strengthens the posterior chain and increases overall fitness. Swinging the Karalai is known to also increase the immune system by activating the body’s glands.