Back from Bonn to square one on climate change….writes Rajendra Shende 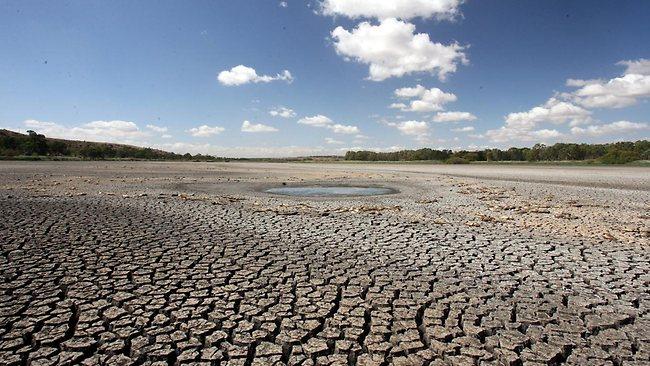 A four-hour drive from Bonn, home to the secretariat of the United Nations Framework Convention on Climate Change (UNFCCC), lies the birth place of Albert Einstein, who once said: “Insanity is doing same thing over and over again expecting different results.”

The outcome of the recently concluded climate meeting in Bonn may not be insane. But when this last meeting before the climax meeting in Paris in December ended on October 24, the feeling of insanity was written large on the faces of the negotiators. The global climate meeting in Paris will take the draft text agreed by the negotiators in Bonn to begin the final negotiations. After 23 years of the global diplomatic aerobics, the best experts on climate negotiations are still guessing if the Paris meeting will end as ‘Flopenhagen’, as the Copenhagen meeting in 2009 did. Bulldozing by a few powerful nations there totally breached the multilateralism of the United Nations.

The same old movie started getting screened over again in Lima last year in December. A 43-page document was agreed to as part of the major decision there. It included overall elements for the negotiators to sculpt out “a protocol, another legal instrument or an agreed outcome with legal force under the Convention applicable to all Parties” that would follow the fatally flawed Kyoto Protocol whose tenure ended on 2012 but was extended till 2020, till the new agreement is expected to enter into force. The “Geneva text” based on the Lima elements carved out earlier this year was exactly double the pages of the Lima elements. What we have now, after two global meetings in Bonn over the last eight months during which delegates from 193 countries haggled over the Geneva text to streamline, consolidate, cluster and shorten it into “negotiable text”, is a 51-page document that has arrived in Paris for final negotiations.

Almost each of the 150 paragraphs of 26 articles of this text is “bracketed”, which means that the whole text is open for negotiation in Paris. Further, most of the articles still have more than one option. In other words, contrary to the expectations, no real negotiations have started. All is left for the final meeting in Paris. The reason? “Text based negotiations” have turned into “context-based negotiations”.

The context is the fault line that has divided developed and developing countries for more than two decades: the financial assistance, coupled with climate friendly technology transfer demanded by poor developing countries from the rich industrialized countries. The historical responsibility of developed countries that have occupied most of the finite carbon-space in the atmosphere by indiscriminate consumption of fossil fuels makes this divide daunting. It is like compelling developing countries to be under subjugation of carbon-induced colonial Raj of 21st century and constraining their aspirations to prosper through the unfair climate agreement.

Over-optimistic diplomats are refusing to accept that the Paris meeting risks failure even though the fault lines are evident in the final negotiating text. The hidden agenda of national interests continue to dominate and camouflage the risks. A number of disturbing undercurrents endanger the meaningful post-Kyoto agreement by the end of this year.

Firstly, it is misplaced optimism that submission of INDCs (Intended Nationally Determined Contributions) by all the countries, developed and developing, would make the impending Paris deal different and successful. The seminal principle of Common But Differentiated Responsibility (CBDR) includes the legally binding commitments by developed countries and voluntary contributions by developing countries that are enshrined in UNFCCC and also the Kyoto Protocol. A number of developing countries, including India and China, had given such voluntary commitments much before the Warsaw meeting in 2013 where INDCs were launched.

Second, the violations of the legal commitments undertaken by developed countries in 1997 under Kyoto Protocol have gone without any serious debate. Kyoto has proved to be a toothless international instrument that did not include punitive measures for defaulting on the legally binding commitments. Even a country that has become Party to the Protocol could easily walk out (for example, Canada) by recklessly deserting its commitments. Surprisingly, there is no provision in the new draft text to counter and punish such possible future behavior of developed countries.

Third, developed countries are now routinely breaching the agreed promises of financial assistance for developing countries. The latest abject failure in fulfilling the promise was the one given in Copenhagen – “to provide $30 billion for the period 2010-2012, and further $100 billion a year by 2020”. As of July 2015, there was hardly $5 billion in the kitty of the Global Climate Fund, a shortfall of six times even to meet the 2012 target. The text for the Paris meeting has left out the numbers related to financial. Such open spaces may prove to be fatal to close the deal.

The deadly Hurricane Patricia made landfall on the west Coast of Mexico on the day when the draft text for Paris was finalized. That unprecedented and deadly hurricane has given new impetus to 130 countries representing Group of 77 and China to demand the additional compensation for “loss and damage” from the industrialized countries responsible for global warming due to the most of Green House Gases (GHGs) that they emitted since the beginning of the industrial revolution from mid-18th century.

Albert Einstein did not stop by defining insanity. He also characterized how to play the clever games. He said: “You have to learn the rules of the game. And then you have to play better than anyone else.” The climate delegates for the last 23 years may not have learned the basic rules, but they definitely play the game better than the others. And they will in Paris too. The loser will be the ecosystem on which humanity survives.