One day quite soon Syrians fleeing their country will find their feet in the European countries who have opened their doors to them.

When they have settled in their ghettoes or new tenements, they will, over time, seek out other Arabic speaking people in the host cities, visit them, share the Shisha, the Arab hubble-bubble. Stories of their plight at home will trickle down to local newspapers.

Those with interesting stories will have visitors. They will be invited to the mosque for Friday prayers.

One in a leather jacket will hesitate. “I have been baptized.” Who knows, he may then break down. There will emerge two contradictory narratives. Arab residents in the host country will have swallowed the western media version which places all the guilt at Bashar al Assad’s door. How stoutly will this version be challenged by the family who saw extreme Salafi gourp cut open a stomach and eat the liver. Surely, cannibalism is not yet a charge against Bashar al Assad?

Meanwhile, confusion on what is happening in West Asia is absolute. The western press, its most powerful component being the US media, was once a reliable clue to thinking in the White House and the State Department. Today it is much more in the thrall of think tanks with links in Jerusalem. This haze will continue until the nuclear deal with Iran is sealed, and put away in the strong room.

Only then will Washington’s halting progress on West Asia accelerate. At that stage focus could well shift once again on the US-Russia understanding of May 12 after which Secretary of State John Kerry announced a Washington-Moscow convergence on the Syrian crisis. 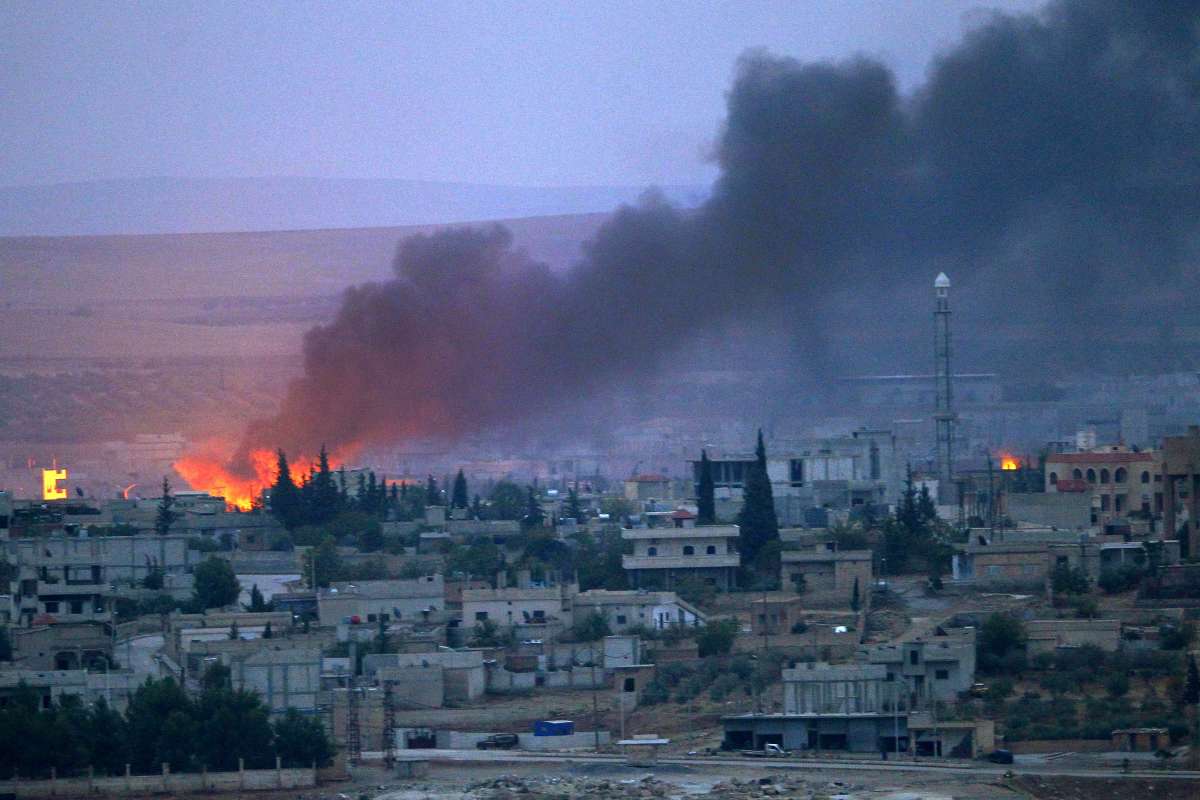 The refugees, terrorism of the ISIS and its other variants impacts all countries and therefore the Syrian war cannot be allowed to continue indefinitely. Four years of the Syrian war with support from the US, Europe, Saudi Arabia, Qatar, Turkey has killed 250,000 Syrians and destroyed one of the world’s oldest civilizations. A blowback – terrorism and refugees – is now affecting all countries who originally sponsored cross border terrorism in Syria.

After the May 12 understanding, the US and Russia were expected to persuade states under their influence to take steps towards a solution within the framework of this understanding. Iran Foreign Minister Mohammad Javad Zarif wrote an article in Beirut newspaper hinting at a readiness to reach out to Saudi Arabia. The delay in Riyadh’s response was to obtain guarantees from Washington.

Saudi record has been stuck in one groove for a long time – Assad must go. When Saudi Foreign Minister Adel al-Jubeir arrived in Moscow to meet Russian Foreign Minister Sergey Lavrov expectations were that there would be an advance in the Saudi position. Sometimes the world’s shrewdest diplomats are too clever by half. Eyebrows were raised when news leaked that the Saudis sustained the chant: Assad must go. If this was to be the only outcome from the visit, why did Jubeir undertake the journey to Moscow. The fine print came out later in bold relief: Riyadh would support the institutions Assad supervises and the Syrian army too but not before Assad’s departure. Saudi position had shifted vastly. They were now not insisting that the entire government edifice be dismantled.

Why was Riyadh insistent on keeping the Assad card in its hand before settling down to an agreement on Syria?

If Riyadh were to accept Assad as part of a solution in Syria, the various Salafist groups it has nurtured in Syria and elsewhere would declare autonomy. The hold of money and material which keeps these groups in Riyadh’s sway, would wither away. The volatile internal situation – major oil well in the Eastern province was under attack recently – would spiral out of control.

Saudi Arabia is also riding a tiger in Yemen. For six months the country has been buying weapons from the West and saturating the poorest Arab country with mindless bombardment. The war in Yemen is looking all the more tragic because the West is no longer buying the allegation that Houthi rebels have Iranian military support.

The destruction of Libya and Syria has recoiled on Europe. The destruction of Yemen will eventually recoil on Saudi Arabia. There was a silver lining in Saudi King Salman’s visit to the White house: President Barack Obama was able to persuade the King that it was in his interest to see the Iran nuclear deal in a positive light. This may lead to an Iranian accommodation with Riyadh in Yemen, Lebanon, and Syria.

Assad has already indicated he was willing to talk to the moderate Syrian opposition even before the next elections. After the Iranian deal, Washington will have to revisit the task of putting together a reasonable Syrian opposition – easier said than done.

There has been some speculation on the presence of Russian soldiers and armaments in Syria. Is this presence in the war zone despite the US? Or is it part of the broad understanding reached on May 12? This military presence may serve as a deterrent against countries like Turkey which have had their fingers so badly burnt in the Syrian misadventure that they may be tempted to recover some prestige by striking inside Syria.

Interesting statements have come out from Moscow. We are in the same trench as Cairo, fighting terror. This support for Abdel Fattah el-Sisi, is bad news to the Muslim Brotherhood, Hamas, and Turkey. This, surely, is to Israel’s satisfaction. With luck, less volatile West Asia may not be unthinkable. Should peace return to Syria, Europe inducting new refugees, may then feel the need to turn to Syrian intelligence to help Europe to sift good refugees from the bad.